„Dipos has a new face“– Interview for „Večernje novosti“ by the General Manager of Dipos d.o.o. Belgrade 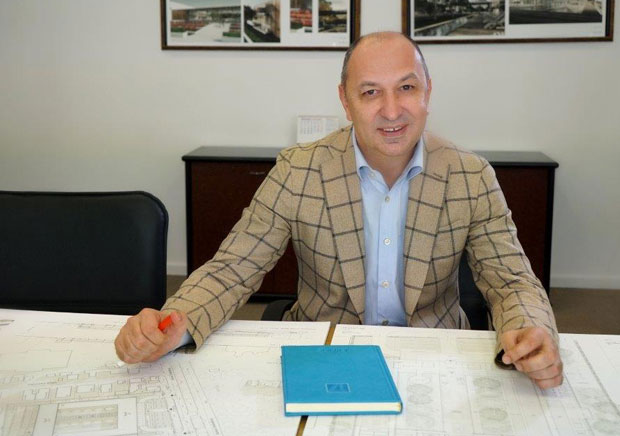 „Dipos has a new face“– Interview for „Večernje novosti“ by the General Manager of Dipos d.o.o. Belgrade

From an almost failed company that has serviced the demands of the arrogant, wealthy influencing people, to a well organized system, that works well, and every year increases profits for the State. This is the road that “Dipos” d.o.o. Belgrade went through in just four years, with the same employees. How? The answer to the question was given by the General Manager of “Dipos” d.o.o. Mr. Đoko Krivokapić: – Nobody expects me to say that these are my merits. The success and result was achieved by the team. The same employees, with the right goals and good organization, turned the almost usual negative story of “Dipos” d.o.o.. From me, they had instructions and free will to do the best they know, and the result was not out of the question.

How successful was this? What did you achieve?

– We have paid 390 million dinars into the budget of Serbia for four years. We increased the percentage of payments to 94 percent in the first quarter of 2018.

And what was the situation four years ago?

– The charge was only about 50 percent. About 420 state-owned villas and apartments were used by people of different structures. Among them were suspicious people, even professional fraudsters, who used to use villas on Dedinje for ten years without having paid a dinar for lease. To make things worse, they did not pay any other utility bills.

So what did you do then?

– We made an analysis and started to clear off the contracts. We urged debtors to settle their obligations, and whoever did not want to, we started briefing with lawyers and advocates. Because some were accustomed to previous executives, they tried different types of pressure to escape payments, there were also unpleasant messages. But they failed. By 2014, the income collection rose to 65.57 %. Next year it jumped to 87.9 %, and 90.9 % in 2016, to reach 90.28 % in 2017. Statistics say how right we were. Out of 99 procedures, as much as 92 % were solved in our favor.

– Domestic legal and private entities and a small number of diplomatic and consular representations of countries, which have internal problems.

Why did not your predecessors have this result?

– I can understand that my predecessors had a problem to oppose political commands. However, I have never received such a call. Supervision is also very important. I am supervised by the “Dipos” Assembly, which was appointed by the Government, to which I submit quarterly reports.

Despite the competition on the market, which offers modern and smart villas with pools, your real estate remain in demand..

– At this moment, I have a waiting list of 15 clients to rent a villa. When we settled the debt charges, we obtained finances that we can further invest, like changing the grass turf, asphalt, and renovate some properties. We also plan to equip real estate according to world standards, but it was first necessary to rearrange things at our own premises. Even our offices were in a very bad condition. We did not even have a label of a State institution, not even a State flag. We restored everything from doors and windows, working spaces for every worker. After all works, at the end, my office was renovated.

Most of your tenants are diplomats. What do you offer them all?

– Some people claimed “Dipos” d.o.o. should be closed down. I would not agree with them. It is a state-owned company that has existed since 1962, which, along with modern business, can live, work and contribute to the State budget. The fact that 64.42% of tenants are from the diplomatic-consular society is proof that we have quality. Our advantage is that we have a service to eliminate all kinds of failures in our facilities. It works 24 hours a day. Especially diplomats appreciate it, because when you are working abroad, you can hardly obtain a plumber at midnight if your pipe breaks down and leaks. We solve every problem in a record time.

WEBSITE– – When I arrived, we did not even have a website. We’ve changed that and made a portal where you can see all the real estate on offer with photographs, you can even rent space online and complete your payments. We will further improve this platform and corporate culture. Recognition is already coming. From the company “Bisnode” we received the AAA certificate of credit. We are moving on.