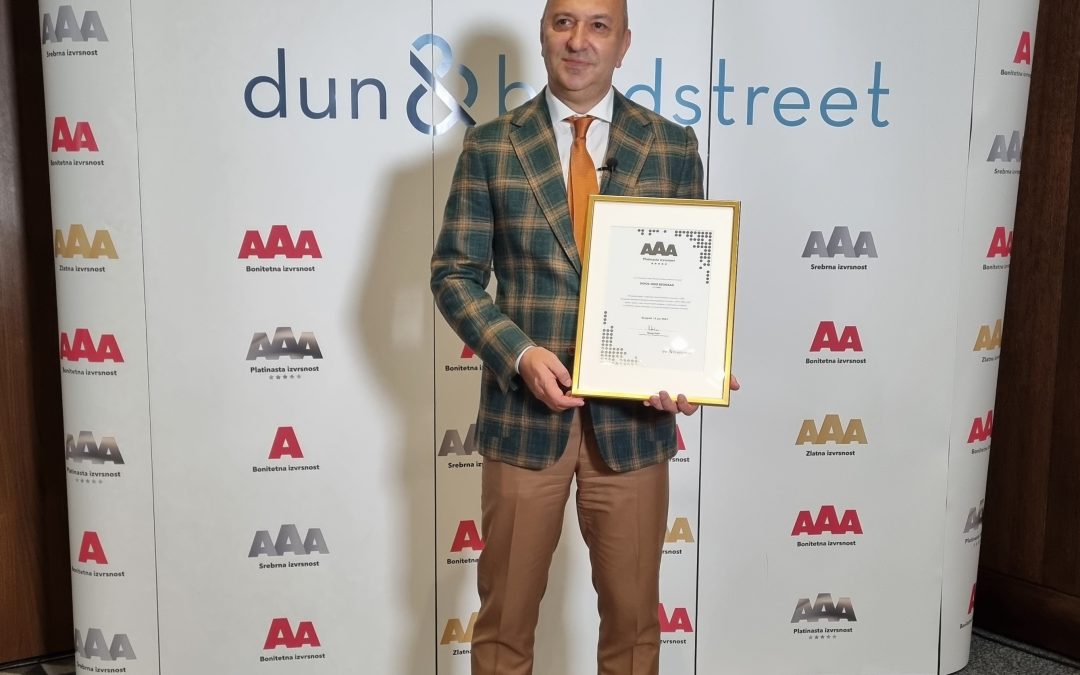 The trend of successful business of Property management and rental company “Dipos” d.o.o. Belgrade, continued in 2021, for which our Company was solemnly awarded the internationally recognized certificate of Platinum Creditworthiness Excellence. The award was presented at the conference: “Support to the Economy” organized by “Dun & Bradstreet” Serbia with partners: the Development Agency of Serbia and the Development Fund of the Republic of Serbia, making “Dipos” the only state company to win this prestigious award in our country. 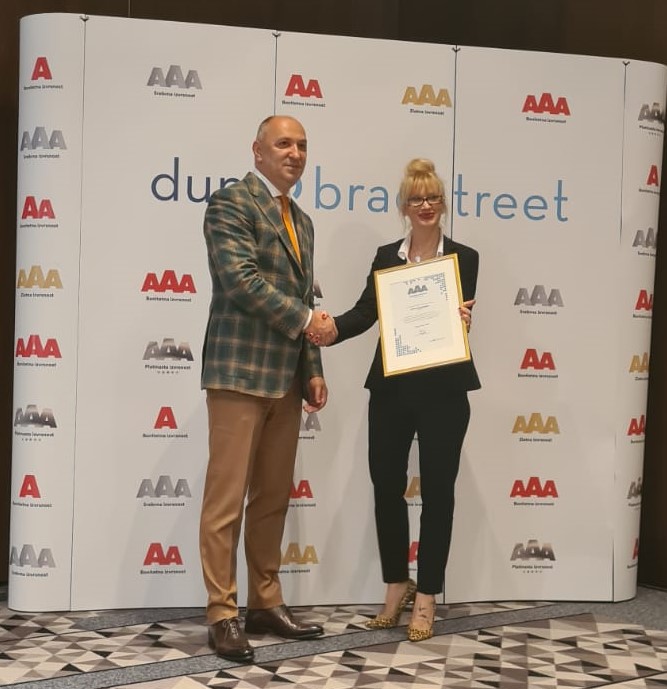 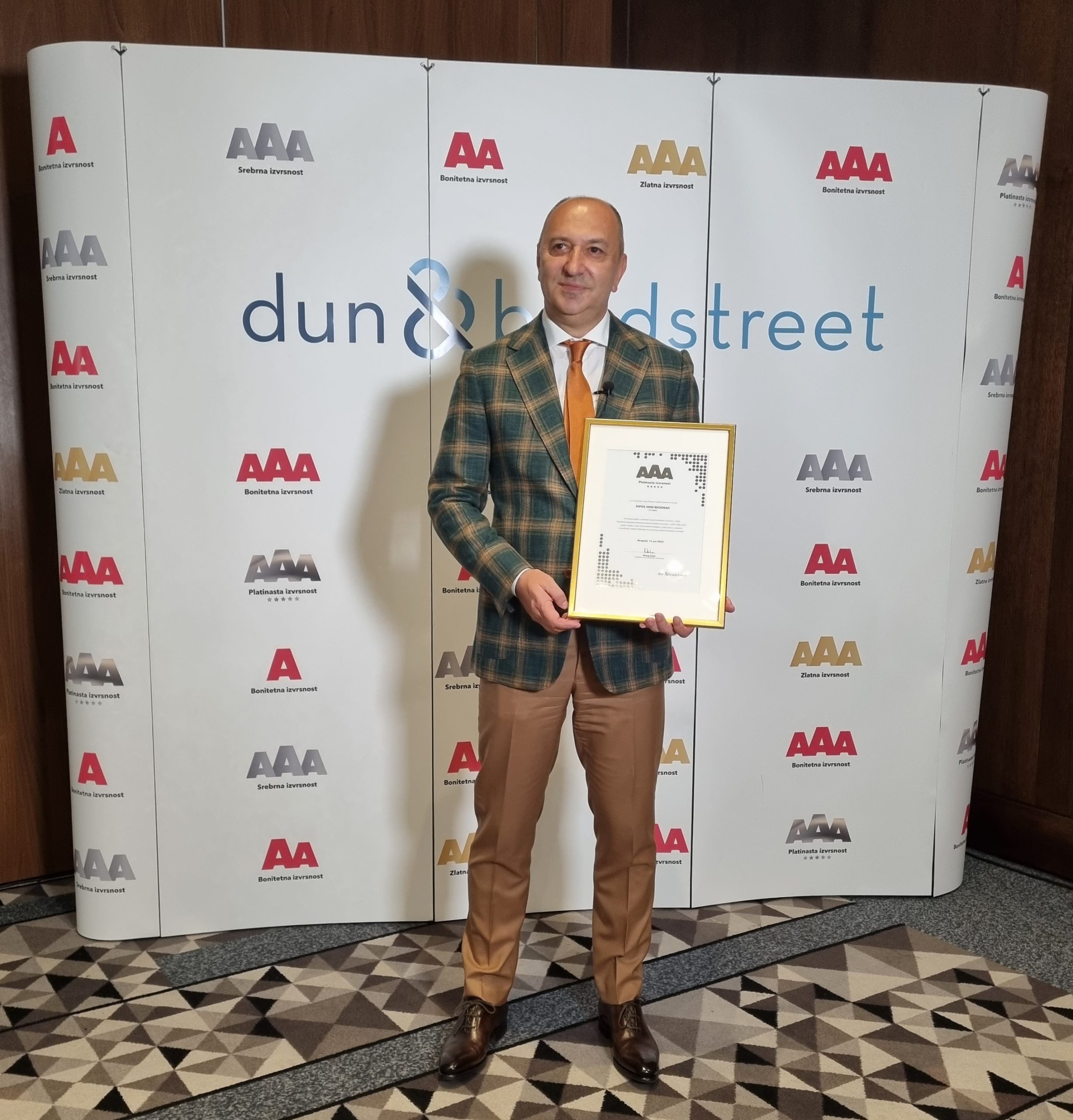 There are currently 48 holders of the “Dun & Bradstreet” AAA / Platinum certificate in the Republic of Serbia. It is about the above-average creditworthiness of companies that have previously three years in a row reached the Gold AAA rating for their business results, respecting the strictest criteria of international categorization and assessmen.

The certificate, issued by “Dun & Bradstreet”, the world’s oldest and largest analytical insight company, founded in 1841 in New York and now operating in more than 220 countries, is based on the company’s financial reports and other relevant indicators.

According to the analysis of 538,203 active entities from the Serbian market, in companies with a three-year credit rating that operate above average, the probability of going bankrupt or liquidation is  less than 0.1%, that they will be compulsory terminated is less than 0.95%, that they enter into a financial blockade  is less than 0.99%, while the probability of maintaining the same credit rating in the next year is over 91%.

According to the above parameters, the” Failure Score” of Property management and rental company “Dipos” d.o.o. Belgrade is 99/100, which confirms and predicts above-average safe and successful work of our company in the next twelve months, ranking us among the most reliable, credible and low-risk business entities for cooperation with all business partners in the Republic of Serbia. 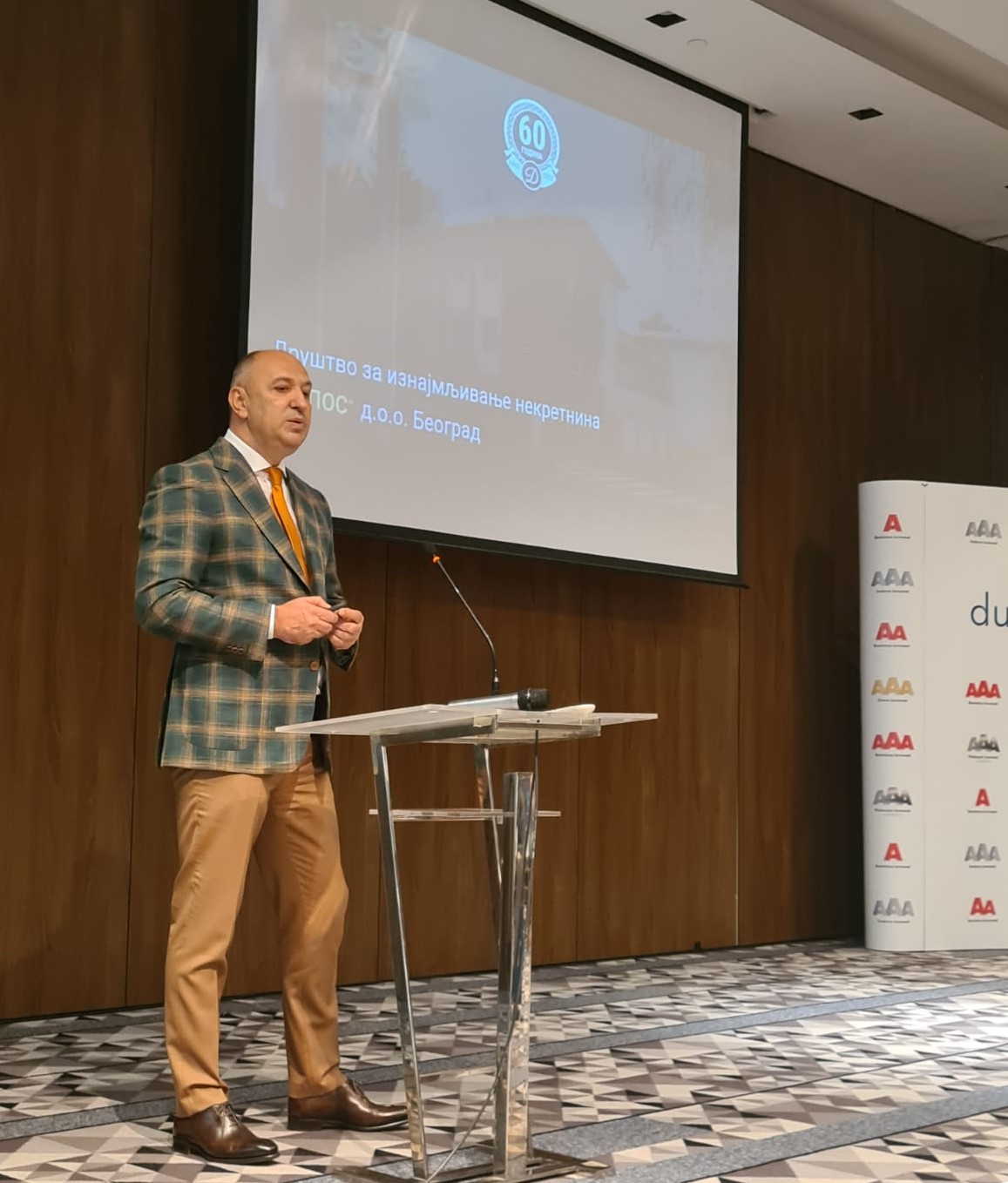 “Through responsible business, we fulfill the mission of our company every day, which are: quality, trust and reliability. The Certificate of Platinum Creditworthiness will be an additional motivation and incentive for us to further improve our business and achieve even better business results in accordance with the best European practice and the highest standards, “said the Director of Property management and rental company “Dipos”, Mr. Djoko Krivokapic, during the awarding ceremony.

The goal of this entrepreneurial award is not only to promote well-functioning companies and good business practices, but also to achieve financial integrity. Thanks to the previous business and financial results, Property management and rental company “Dipos” d.o.o. Belgrade, is included in the very top of the domestic economy and with companies that nurture good business practices, achieve successful business results and care about the satisfaction of all entities involved in the work process. 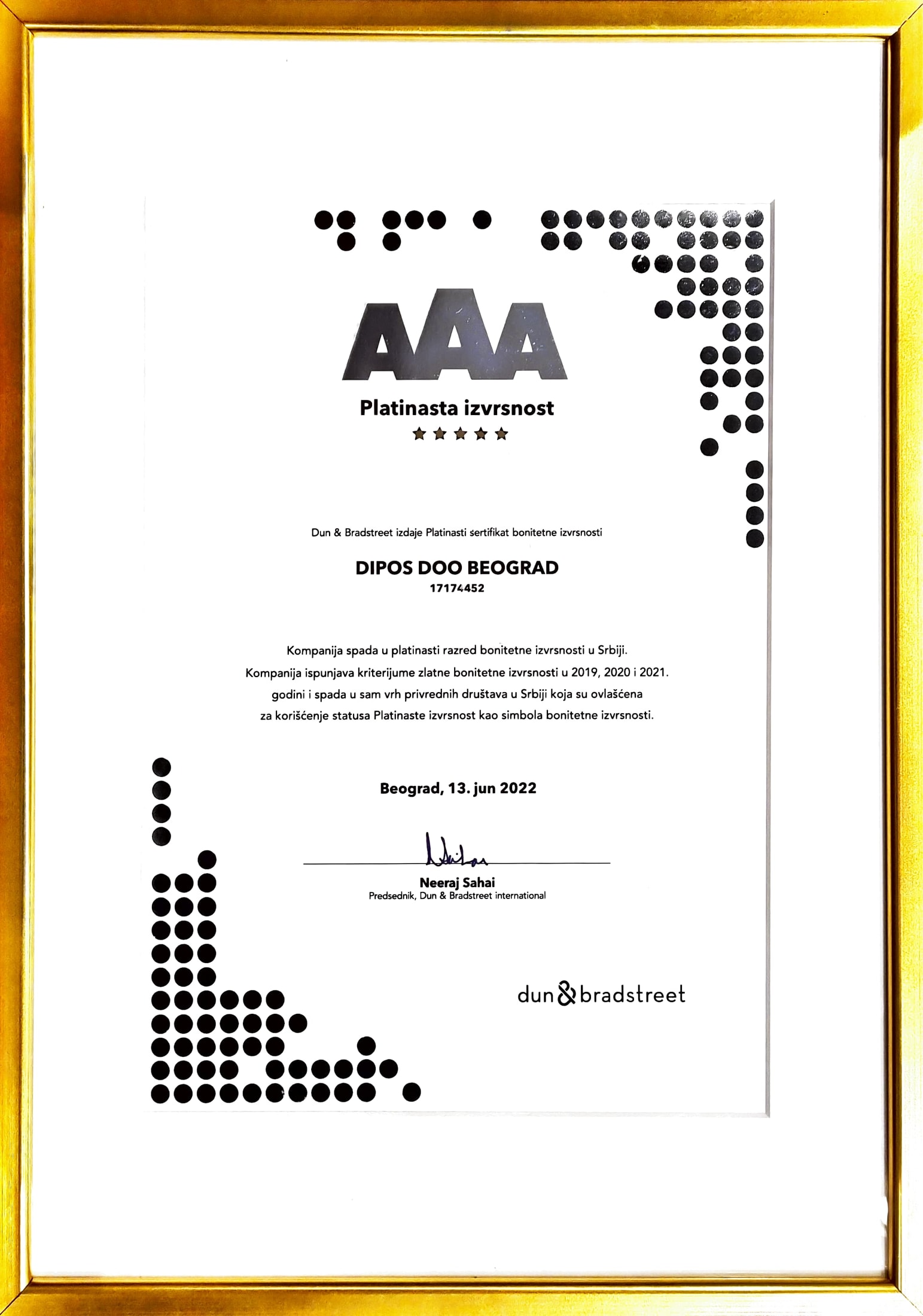