BEL PAESE IN THE HEART OF BELGRADE 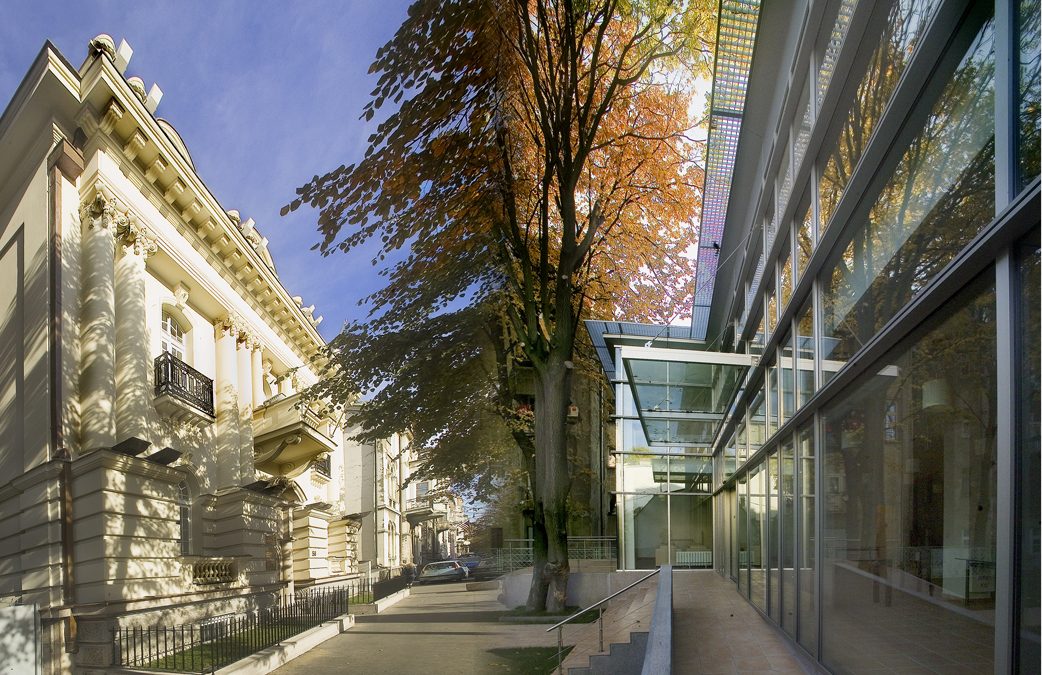 BEL PAESE IN THE HEART OF BELGRADE

ITALIAN INSTITUTE OF CULTURE
Home of the Eternal City and the main center of the Renaissance, Italy is also the cradle of invaluable cultural achievements that marked the development of all mankind. There is almost no domain in which this country has not reached the peak of its creativity or left an indelible mark in development – starting with art, architecture, music, through literature and film.

Today, over 90 Italian institutes of culture around the world are ideal places of meeting and dialogue for intellectuals, artists and other admirers of culture, but also for ordinary citizens who want to establish a connection with Italy. These institutions are gathering centers of the Italian community abroad and a stronghold of growing interest in Italian culture. They also act as initiators of numerous projects and cultural cooperation activities.

The Italian Cultural Center in Belgrade has been active since 1940. This institution promotes Italian cultural heritage in its various terms through initiatives that on the one hand show the diversity of the spirit of Italian reality, and on the other offer the possibility of meeting and dialogue between the local and Italian cultural scene.

The institute is one of the factors that greatly contributes to the liveliness and development of the cosmopolitan spirit of Belgrade. By organizing events, cultural cooperation and scientific research, it provides support for spreading awareness of literary, film and theater works by Italian authors in the Serbian language and opens new spaces of inestimable value for improving the cultural identity of Serbian citizens.

years in the sign of Dante
Of the numerous projects that the Institute has implemented in the past, on this occasion we highlight two that mark the 700th anniversary of the death of Dante Alighieri, the father of the Italian language.

The audio-book “From the Dark Forest to Paradise” in thirty-three languages, dedicated to one of the most important literary works of all time – “Divine Comedy”, was presented on February 11 this year.

The book follows all three works, Hell, Purgatory and Heaven, and is a unique means of discovering or rediscovering this extraordinary song that not only continues to arouse the interest of readers around the world, but is also a source of inspiration for artists, writers, musicians, film and theater. directors.

The Italian Institute of Culture in Belgrade prepared a recording of the reading of selected passages in the Serbian language performed by two important Serbian actors: Dragan Vujić Vujket, who also found himself in the role of director, and Jelena Gavrilović.

On April 14, in the premises of the Italian Institute of Culture in Belgrade, the exhibition Hypermodern Dante was opened, with illustrations of Dante’s work around the world in the period from 1983 to 2021.

It offers an authoritative overview of the latest trends in the long history of illustrated depictions of Dante’s works and represents a unique opportunity to show the Serbian public iconographic works of high artistic range inspired by the Top Poet. Visitors were given the opportunity to enjoy watching various experiences, techniques and methodologies brought into dialogue through eighty works by five contemporary artists – Tom Phillips, Monica Bajsner, Mima Paladin, Emiliano Pontius and Paolo Barbieri. It is a kind of journey into contemporary visual culture, diverse and layered, which abounds in formal suggestions, capable of pointing out new ways of interpretation.

The exhibition is open until May 12, 2021. After Belgrade, it will be presented to the public in Athens, Prague, Moscow, Madrid and London.

The institute has changed several locations since 1940, when it has existed in Belgrade. Since July 1, 2006, the Italian Institute of Culture in Belgrade has been housed in a building called Palazzo Italia, at 56 Kneza Miloša Street. This real estate owned by the Republic of Serbia is managed by our Society.

On the occasion of a successful long-term cooperation, the new director of this institution, Mr. Roberto Cincotta and H.E. Carlo Lo Cascio, Ambassador of the Republic of Italy in Belgrade, visited our Society in April. Both sides expressed satisfaction with the partnership so far.