ECONOMY AND CULTURE AS THE STRONGEST LINKS

ECONOMY AND CULTURE AS THE STRONGEST LINKS

Das Land der Dichter und Denker (the land of poets and thinkers), homeland of Bundesliga and Schumacher, BMW and Mercedes – the Federal Republic of Germany – is today Serbia’s leading partner on the road to the European Union. Multi-layered and dynamic relations between the two countries were built by Serbian soldiers in the Habsburg armies, settlers in the Pannonian Plain in the time of Maria Theresa, merchants and craftsmen who traveled on both sides of the Danube and Serbian intellectuals who were educated in European cities in the 19th and 20th century. Although the two countries were on opposite sides in the world wars, German influence has been reflected for centuries in numerous areas of Serbian society: law, legislation, language, science, education and culture.

In addition to significant influence he achieved as a reformist in Serbia, Vuk Stefanovic Karadzic also introduced Serbian literature to Europe through German intellectual circles.

His works were highly acknowledged by the German literary elite. He was a friend of Jakob Grimm, who together with his brother Wilhelm later became a famous publisher of German folk tales. Jakob persuaded Vuk Karadzic to publish an extended edition of his collection of Serbian folk songs. Vuk Karadzic was a frequent guest at Grimm’s house in Germany. Grimm also encouraged his daughter Mina to translate South Slavic fairy tales into German. He himself studied Serbian, and he was the first to translate our folk songs and popularize them even outside the borders of Germany.

Famous german poet Goethe was also delighted with Serbian poetry. Especially enchanted by the lyrics Hasanaginica, he even managed to keep the rhythm of the original version in his translation. Due to his recommendations, Serbian oral poetry became very popular in German litetary salons.

Another German important for Serbia in this period was Leopold von Ranke, one of the most famous historians of his time. Liberation of Serbia from the Ottoman Empire was an interesting topic for his work. In 1829, Ranke published the book “Serbian Uprising”, which became popular in Europe and contributed to acquainting its audience with the history of the Serbian people.

The Berlin Process as support to European integration

Politically, Serbia has recently been focused on accession to the European Union, in which Germany, as one of the world’s largest economies, plays a key role. In March 2012, Serbia became an official candidate for membership. Germany’s commitment to Serbia’s European integration was further confirmed through the initiation and active support of the Berlin Process.

This mechanism was formally initiated by the first conference held in Berlin in 2014. It is envisaged as an auxiliary instrument for the countries of the Western Balkans. Not all Member States participate in it, but the countries which show the highest interest in this region – Germany, France, Austria and Italy, supported by Slovenia and Croatia. The goal of activities within this framework is to improve regional cooperation, but also the functional integration of the Wester Balkans region into the European Union in the period until the institutional connection is realized.

Economic cooperation between Serbia and Germany

The common position on Serbia’s accession to the European Union is also reflected in intensifying the economic, and especially trade cooperation in the last two decades. For many years now, Germany has been the most important economic partner of Serbia in the European Union, and thus in the world. In addition to being the largest bilateral donor, Germany is among the top five foreign investors in Serbia.

One of the key areas of investment cooperation is the car industry, in which the companies Leoni, Dräxlmaier, Grammer, Norma Group and Continental are the most active. The investments of Siemens and Wacker Neuson, manufacturer of light construction and agricultural machines, are also very important. The company Falke invested in the production of socks, while in the food processing sector, the company Meggle took over the Kragujevac dairy Mladost. Lidl is the first German retail discount retail chain in Serbia, and one of the largest retail companies in the world – Metro – also operates in our country. According to certain estimates, about 400 German companies employ approximately 60,000 workers in Serbia today. Their products largely participate in Serbia’s exports and improve its foreign trade balance.

The views of both sides are that it is necessary to use all potentials to further improve economic cooperation.

One of the pillars of German culture and education in Serbia is the German School in Belgrade, which uses the property managed by Dipos.

Deutsche Schule Belgrad is part of an international network of 143 German foreign schools worldwide, as well as over 1,000 educational institutions and German departments in public schools. It is of special importance for the entire social public as a factor in the development of Serbian-German cooperation in the broadest sense.

Cherishing good long-term relations with this institution, but also contributing to the improvement of bilateral relations between the Republic of Serbia and the Federal Republic of Germany, this year we continued our long-standing cooperation with this institution by concluding the lease agreement for the property the school will use as a kindergarten and preschool facility. 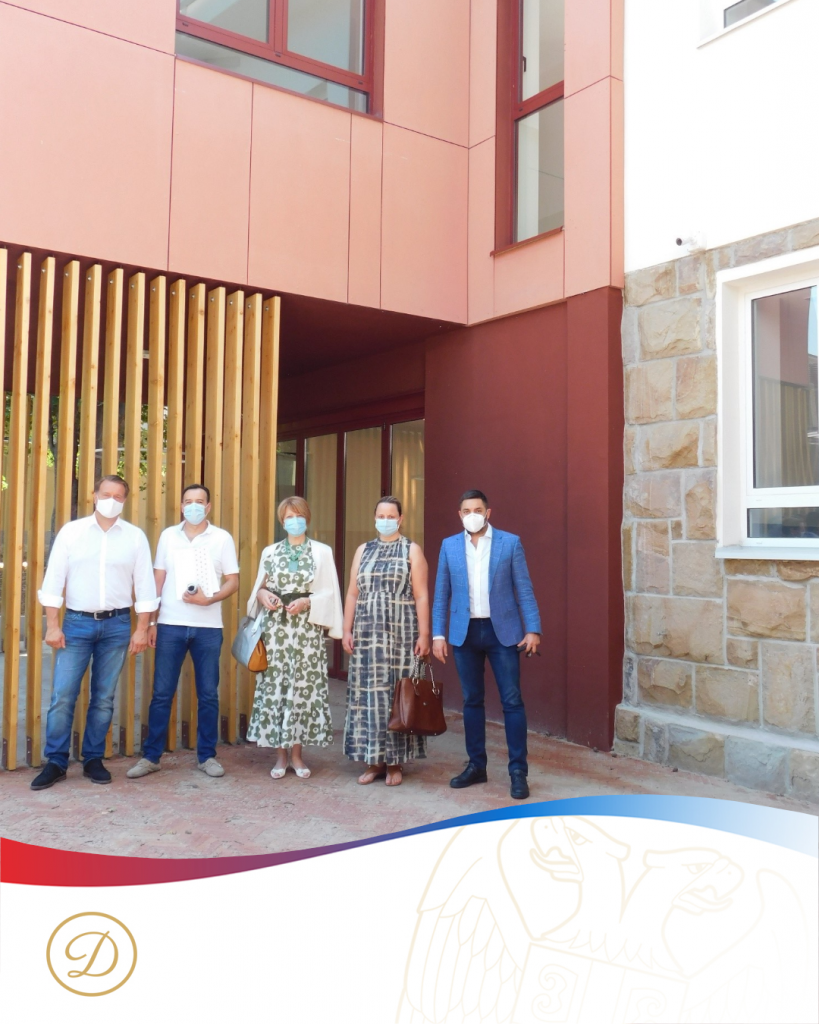