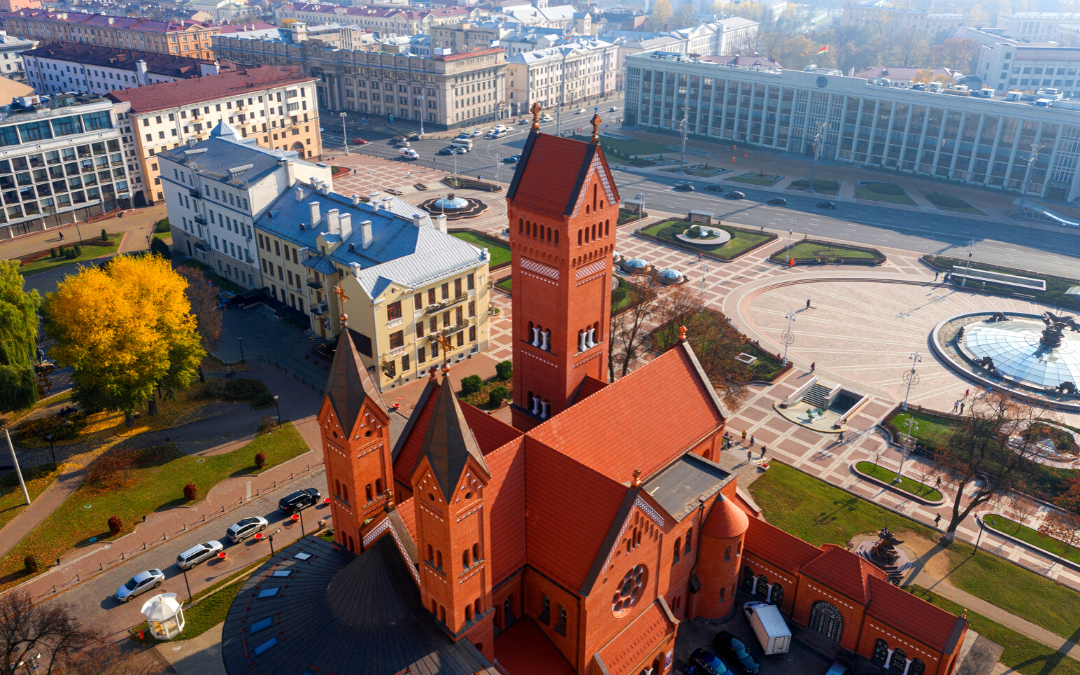 Although the people of Belarus built an individual ethnic identity and language over time, they have rarely had the opportunity to enjoy political sovereignty in history. This country gained independence in 1991, separating from the USSR, but it has been maintaining closer political and economic ties with today’s Russia than other former Soviet republics. 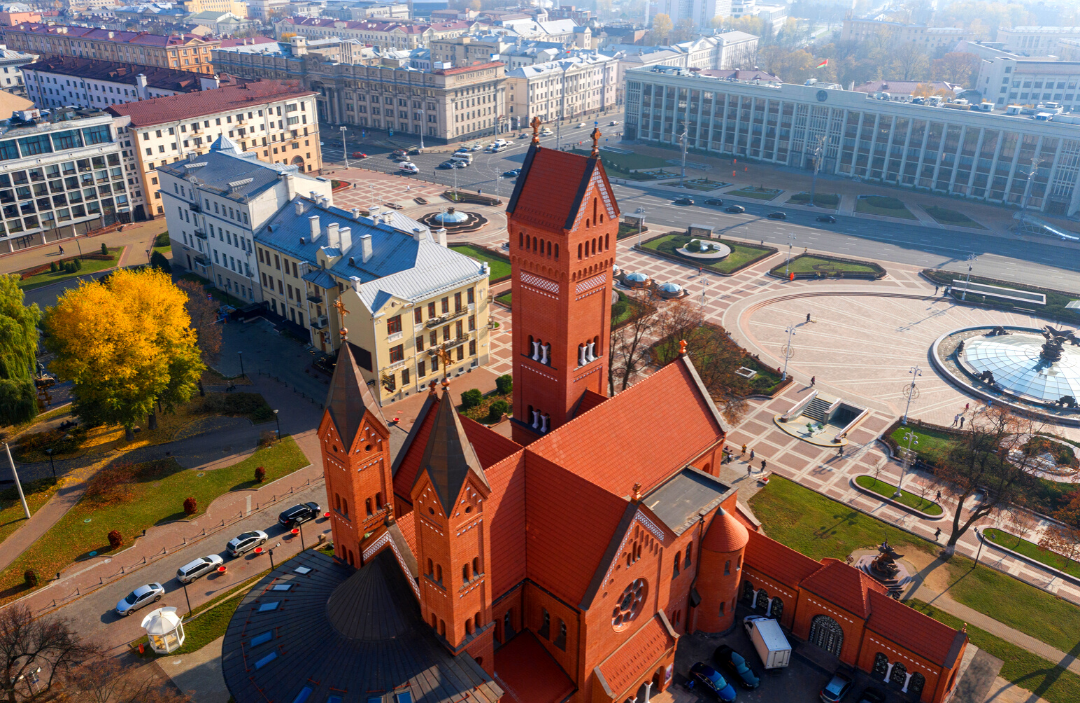 In modern Belarus, post-Soviet traditions and European values ​​have been mixed, which is mostly reflected in the most popular and capital city – Minsk. A walk through Minsk is a walk through the history of Belarus. Independence Square, one of the largest in Europe, exudes Stalinist architecture, while the Obelisk on Victory Square and the Island of Tears memorial remind us of war victims. Some of the city’s trademarks are both the KGB headquarters and the Holy Spirit Cathedral with a double tower.

One of the most impressive Belarusian cities is Nyasvizh, with numerous buildings dating from the 16th century. The powerful Radziwiłł family is largely responsible for its preservation, as they rebuilt the city after the war at the beginning of the 18th century and founded textile factories, military schools, theatres… The family also ordered the construction of the magnificent Renaissance-Baroque castle Nyasvizh from the 16th century, which is today under UNESCO protection. 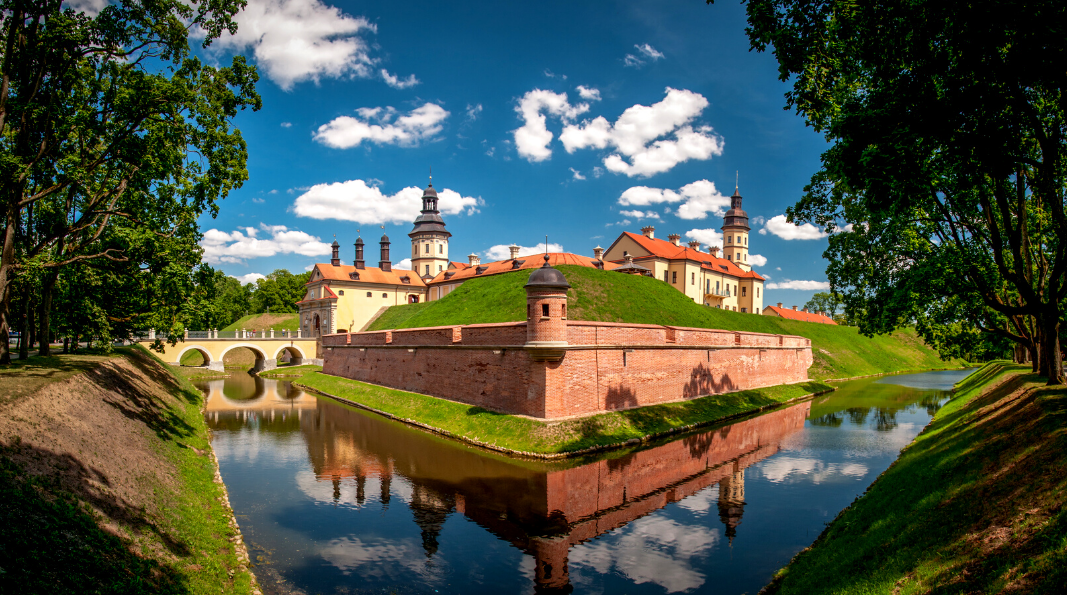 Belarus is also called the “lungs of Europe”. Nearly 40% of its land is covered in forests. It boasts with more than 20,000 rivers and 11,000 lakes. About 8% of the national territory is under state protection.

The Republic of Belarus is an export-oriented country with a well-developed processing industry, service sector and agriculture. Belarus adheres to the concept of socially-oriented market economy, which has proven its sustainability and efficiency.

The state strives to improve the quality of life of its citizens through the competitiveness of the economy, investments and innovative development. Processes in major industries are technologically improving, and new innovative sectors of the economy are being developed. The focus is also on better use of work potential, ensuring social stability and balanced development.

Diplomatic relations between the Republic of Belarus and the Federal Republic of Yugoslavia were established on November 15, 1994. Belarus takes a consistent position regarding the non-recognition of the unilaterally declared independence of Kosovo and supports the territorial integrity of the Republic of Serbia. This country voted against Kosovo’s admission to UNESCO in 2015.

The FRY Embassy was opened in Minsk in 1996, and in November of the same year, the Belarus Embassy started operation in Belgrade, in Škarka’s villa in Deligradska Street, which is managed by Dipos. 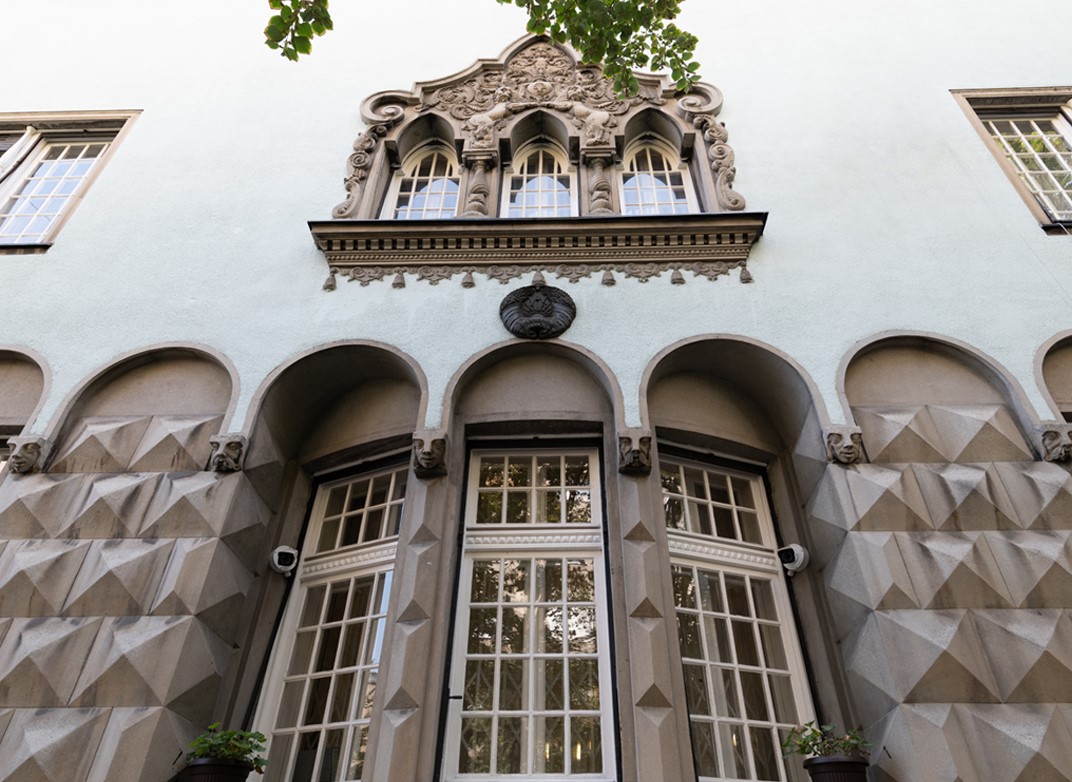 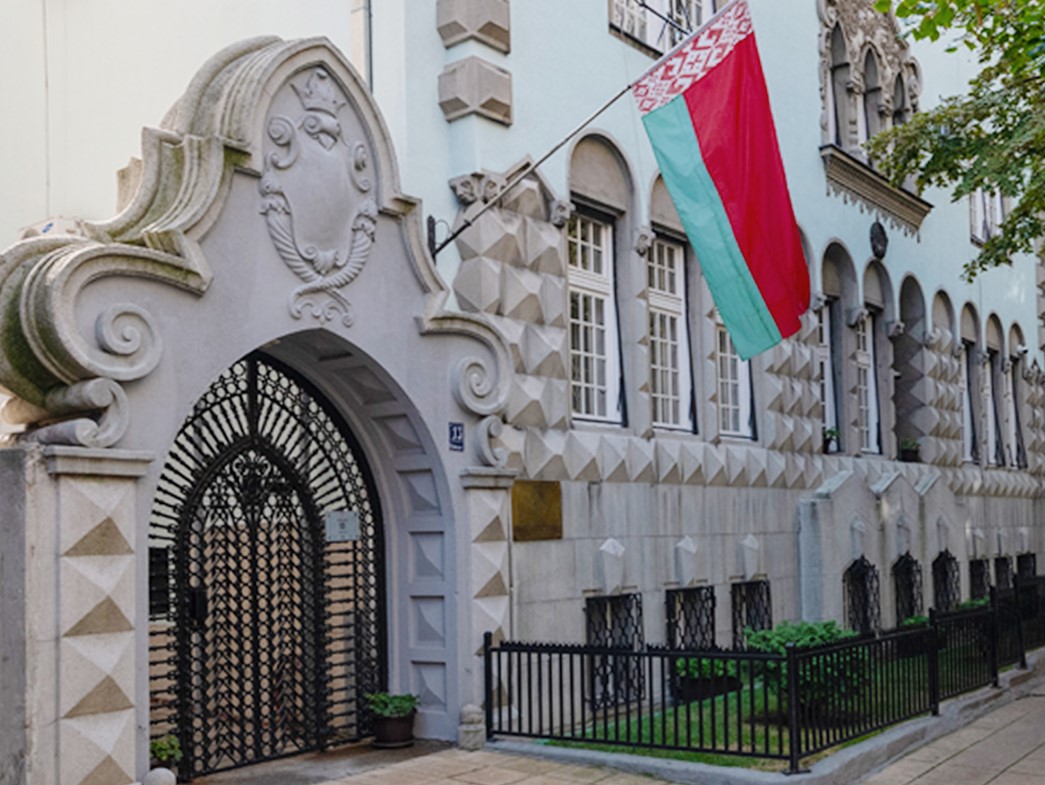 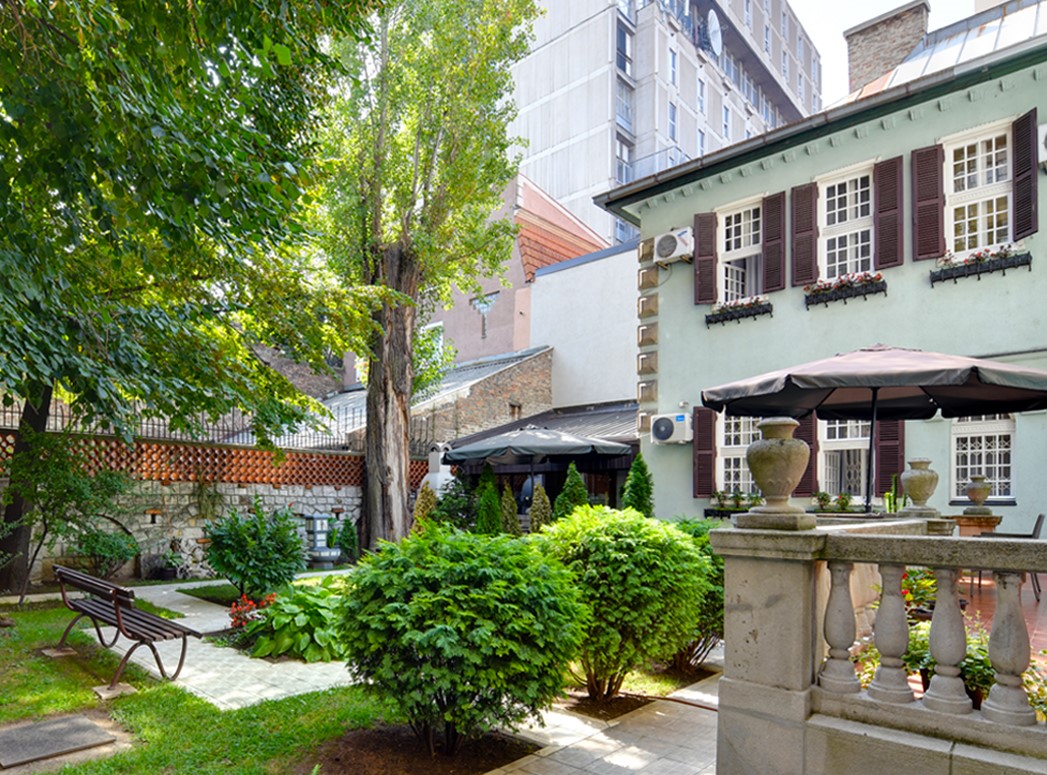 Škarka’s villa – Beauty of Belgrade and Home of Belarus Embassy

Unlike most of his contemporaries, Brašovan paid equal attention to less noticeable courtyard facades, thus achieving the unity of the overall appearance of the building in terms of morphology and style. The richly equipped interior also suits the luxurious exterior finish.

To improve business and develop international cooperation, Dipos has been nurturing partnership with the Belarus State-owned Institution General Directorate for Servicing the Diplomatic Corps and Official Delegations “Dipservice” since 2019.

Dipos delegation had the opportunity to visit “Dipservice” in order to establish business contacts and exchange opinions on work in the field of providing services to the diplomatic corps and other foreign missions, both in Belgrade and in Minsk.

On this occasion, an Agreement on Cooperation was signed, by which joint and coordinated action was agreed in the field of providing services to foreign missions, with reference to strategic partnership and mutual cooperation, as well as implementation of measures aimed at strengthening business reputation and seeking new opportunities for its improvement. 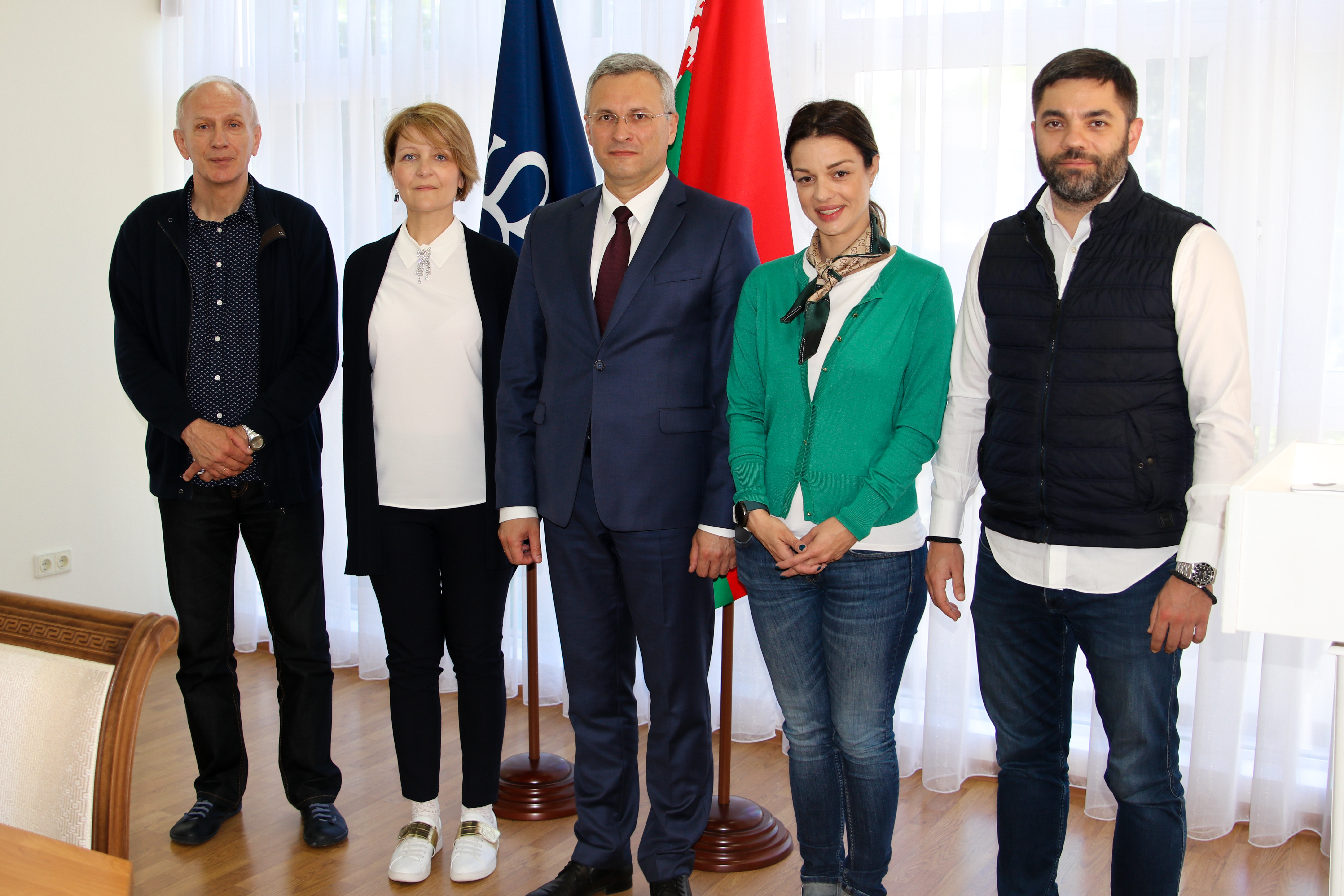