FRIENDSHIP IS ESSENTIALLY A PARTHERSHIP – Aristotle 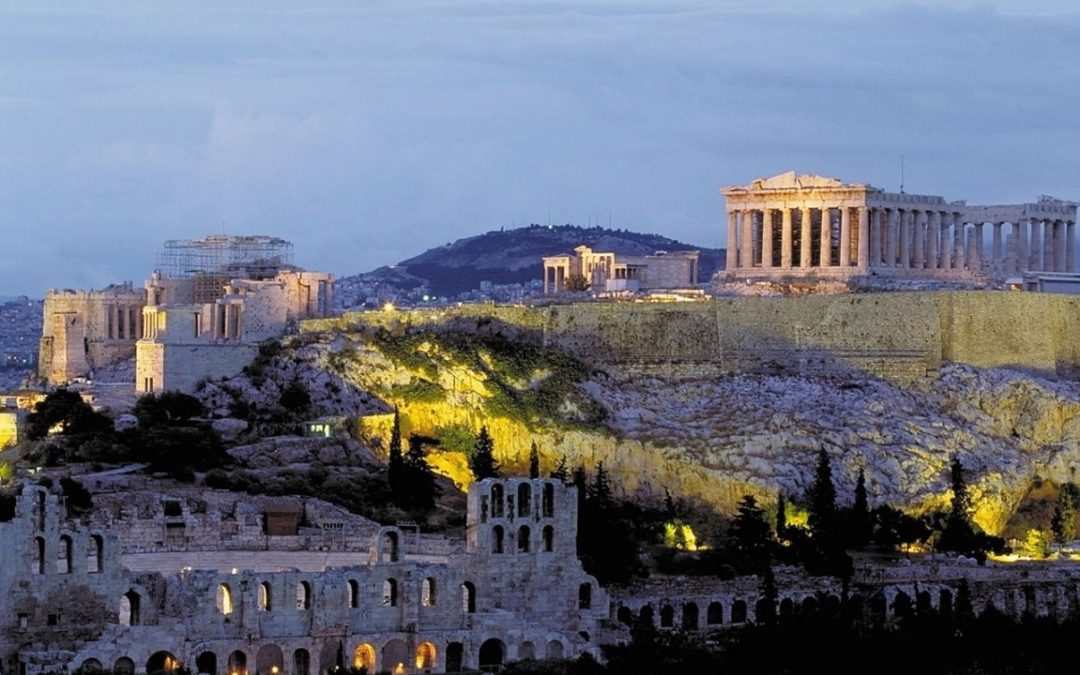 FRIENDSHIP IS ESSENTIALLY A PARTHERSHIP – Aristotle

REPUBLIC OF SERBIA AND THE HELENIC REPUBLIC

Today`s Republic of Greece is the proud homeland of European democracy, philosophy, literature, political thought, scientific and mathematical principles, geography, art and the Olympic Games. At the same time, it is a country with which Serbia nurtures long-term friendship and partnership. 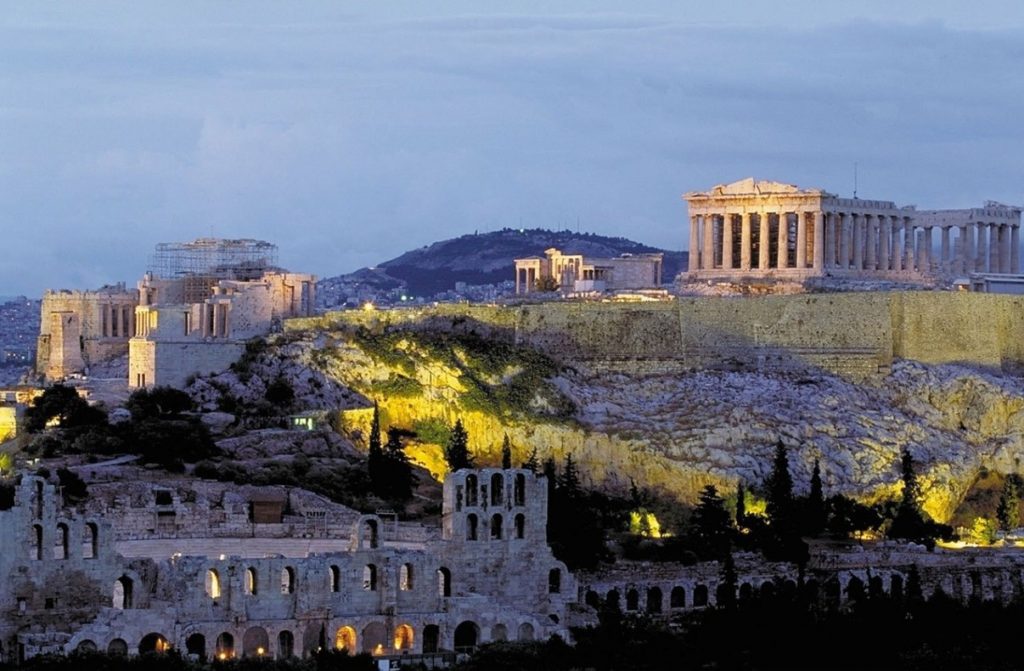 The Greek and Serbian people first met in the Balkans during the 7th century. While, on one hand, they were both fighting for their territories and supremacy, on the other they were building an ever-increasing and unbreakable connections for centuries.

Byzantine Empire and the Serbian state

The civilization achievements of ancient Greece continued to live under the auspices of the Byzantine Empire, intertwined with the Roman political idea and the Christian religion.

Having arrived to the Balkan Peninsula, the Serbs first settled west of Thessaloniki, moving north and later remaining in its central areas to the present day. Gradual Christianization of the people, phonetic alphabet, the spread of literacy and the introduction of the Church Slavonic language in church service soon followed, all supported by Constantinople and its patriarchy.

Adopting Christianity from Byzantium affected not only the religious identity of the Serbs, but also the development of their culture and their course of history, in which Orthodoxy governed national and political development. Christianity brought literacy and literature to Serbs, but it also served as an artistic inspiration. Numerous icons and frescoes which decorated Serbian churches and monasteries were created under the influence of the Byzantine style.

The construction style of the first Serbian monasteries and churches was also shaped by the Orthodox architecture of Byzantium. The first schools in Serbia were opened in monasteries, attended by great reformers of the time, such as Vuk Stefanovic Karadzic. The first health centres were also established at the monasteries.

Today’s Serbia originated on the territory of the former Byzantine Empire. In the 12th century, after the civil wars, the Grand Prince Stefan Nemanja from Raska finally succeeded in liberating his country and making it independent. Sound neighborly relations were ensured by the marriage of his son Stefan to a Byzantine princess.

At this time Stefan’s youngest son, Saint Sava, restored Hilandar, which became a Serbian monastery. Sava also managed to establish the autocephaly of the Serbian church in Nicaea. 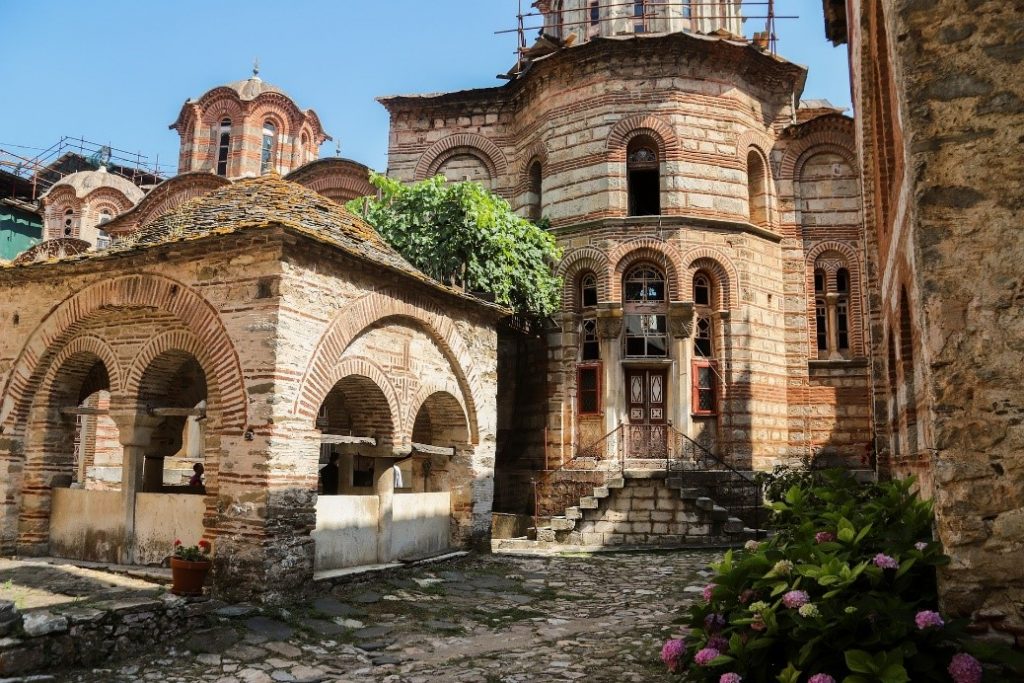 The influence of Byzantine culture in Serbian society peaked during the reign of King Milutin, although at that time the Serbian state was increasingly expanding by conquering Byzantium territories.

However, neither Byzantium nor Serbia managed to resist the power of the ambitious Turkish leader Mehmed II the Conqueror, who occupied Constantinople in April 1453. The last Byzantine emperor, Constantine XI Palaeologus Dragash, a symbol of the struggle of two Orthodox peoples against a common enemy and the only Byzantine ruler of Serbian origin, also lost his life in the battle. Thus, the history of the 15th century took both the Greek and Serbian people into centuries of slavery under the Turks.

There, far away, where the yellow lemon blooms…

The First World War brought Serbia one of the greatest exoduses in history – the withdrawal of the Serbian army across Albania under the pressure of Germany and Bulgaria. Lacking food, clothes, firewood and tent equipment, exhausted by endless marches, Serbian soldiers were landing on the Greek island of Corfu, naming it the “Island of Salvation”.

Despite enormous losses, Corfu became “the miniature of Serbia”. The entire state moved to the island, all levels of state administration were organized here, and the operation of its state bodies and institutions was established. Local authorities assigned the building of the National Theatre for the National Assembly of the Kingdom of Serbia, where the sessions were held in 1916 and 1918. The seat of the Serbian government was in the hotel “Bella Venezia”. Greece also provided three of its temples to Belgrade Metropolitanate. 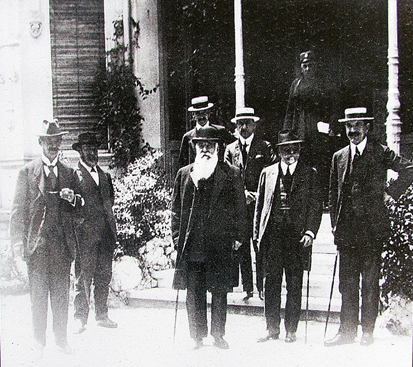 The song Tamo daleko (“There, far away”) serves as the remembrance and eternal memory of this difficult times. Djordje Marinkovic, an amateur musician from the village of Korbovo near Kladovo, composed this emotional patriotic ballad to honour the Serbian soldiers and their longing for their distant homeland.

Another song related to this period, which is today a symbol of the unbreakable ties between the citizens of Corfu and the Serbs and the unofficial anthem of Greek-Serbian friendship, is “Don’t be angry with me, my sweetheart” (“Mi Mou Thimonis Matia Mou“). According to the legend, in those difficult times of suffering and misfortune, love was born between a Greek woman and a Serbian soldier. Although their feelings were strong, the song tells that his duty to defend his homeland was stronger than his love for his beloved one.

During World War II, both countries were winners over the fascist forces. In 1999, the Greek opposed the NATO bombing by organizing street demonstrations in Athens. Today, Greece is among several NATO and EU Member States which have not recognized the unilaterally declared independence of Kosovo and Metohija. The country abstained from voting on Kosovo’s admission to UNESCO in 2015.

Firm political partnership between the two states has been strengthened by numerous economic and cultural ties which are constantly improving. 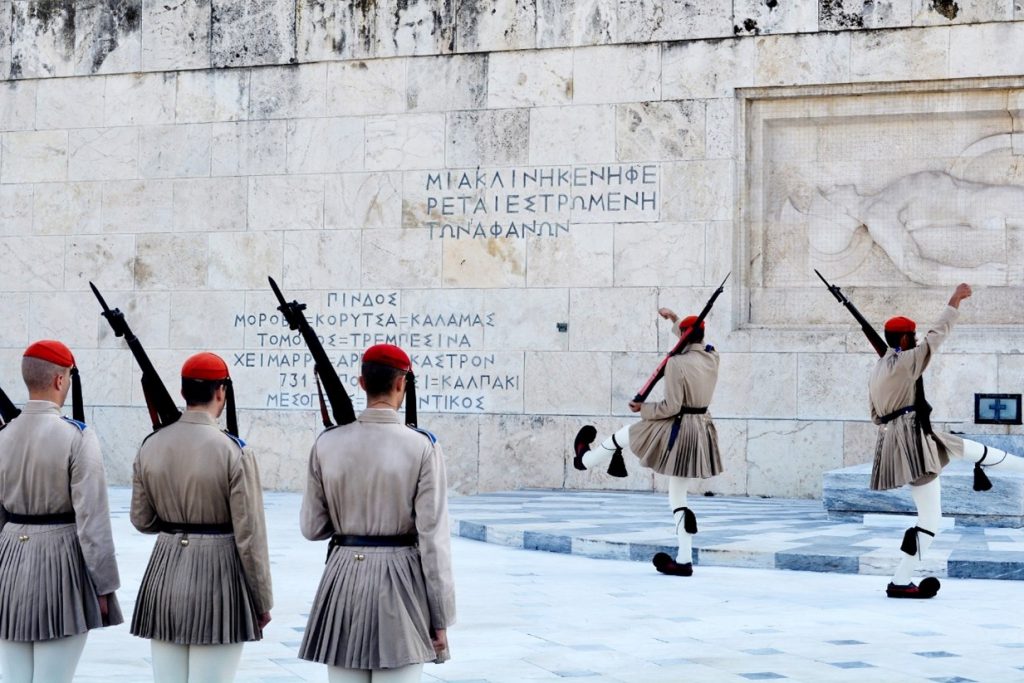