INTERPLAY OF VISIBLE AND INVISIBLE 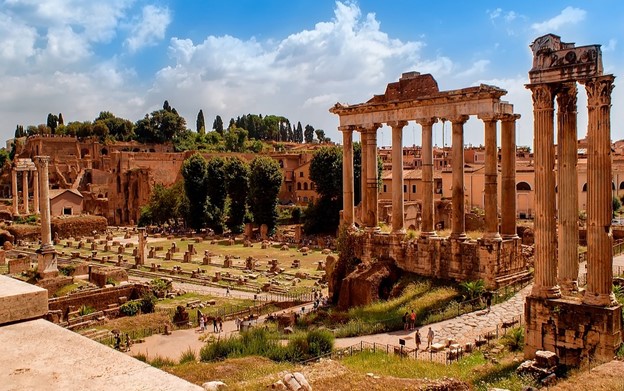 INTERPLAY OF VISIBLE AND INVISIBLE

In ancient times, the territory of today’s Serbia served as crossroads and bridge between the cultures of the west and the east. From the day when the Roman general Gaius Scribonius Curio arrived on the banks of the Danube and concquered the Celts and the other tribes, to 441, when Attila the Huns destroyed Singidunum, the history of the Roman Empire and the whole world was written in our area. 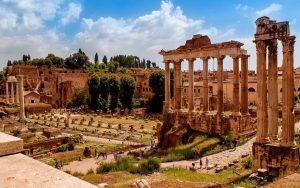 As many as 16 emperors of the Roman Empire were born on the territory of today’s Serbia, which is also the largest number of Roman emperors born outside Italy.

The first of them was Traianus Decius, known as the first Roman emperor to die in battle. He was succeeded by his younger son Hostilian. Although the army chose Trebonianus Gallus as emperor, Gallus recognized Hostilian’s right to the imperial title, adopted him and shared power with him.

Another important ruler born on the territory of today’s Serbia was Probus. An unusual story is related to the end of his life – he was killed by his own army because he made them dig canals on a hot summer day. Probus is known for the fact that he was the first to allow the grapevine to be planted outside Italy, on the hill Glavica on Fruška gora mountain. The autochthonous grape variety Smederevka was also created here.

Roman emperor Galerius was born and buried in Felix Romuliana (Gamzigrad) near Zajecar, the remains of which we can still see here today. He dedicated the magnificent palace to himself and his mother Romula, after whom it is named.

The most famous emperor of the late Roman Empire, Constantine the Great, was born in Nis, then called Naisus. Constantine passed the Edict of Milan in 313, by which the persecution of Christians was stopped, and also built New Rome – Constantinople. He is considered one of the most important personalities in the history of Europe and Christianity. 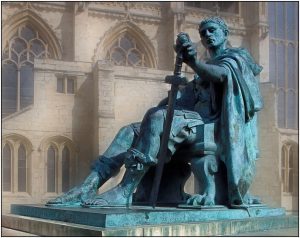 In addition to the emperors, the ancient Roman Empire left behind the ruins of cities built on the territory of today’s Serbia, such as Sirmium (Sremska Mitrovica), Viminacium (Kostolac), Felix Romuliana (Zajecar), Naisus (Nis) and Singidunum (Belgrade).

Sirmium was an important administrative and economic center of the province of Panonia Secunda from the 1st to the 4th century. It was later proclaimed one of the capitals of the Empire. The system of roads, aqueducts and military fortifications, the remains of the imperial palace, baths, theaters, hippodromes show that it was the center of the entire area and an important trade and transit spot of the Empire.

The remains of Roman Viminacium in the vicinity of Pozarevac remind of one of the first military camps on the Danube. At the time of its prosperity, Viminacium was one of the largest Roman cities in the Balkans. It was the main military stronghold towards the eastern border of the empire, a trade center, a city where coins were minted and the capital of the Upper Moesia province. 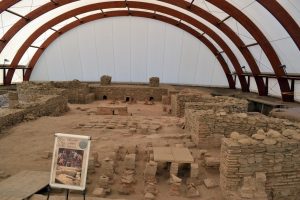 250 km east of Belgrade are the ruins of the imperial residence of Romuliana. The city was surrounded by strong walls, with many towers, imperial palace, large temple and other public and auxiliary buildings inside. Mosaics, frescoes and precious sculptures were the pinnacle of art of that time. The Gallerius imagined Romuliana to resemble Diocletian’s Palace in Split. Felix Romuliana, Gamzigrad, has been on the UNESCO World Heritage List since 2007.

The suburbs of ancient Nis cherish very well-preserved remains of a magnificent imperial residence built by the Emperor Constantine. Its most famous and most elegant suburb was Mediana, where Constantine built a large complex with a series of luxury villas, summer houses, spas and other facilities.

Today’s Belgrade also rests on the remains of the once mighty ancient Singidunum, built by the Romans in the first century AD. The former Roman settlement consisted of three separate units: a military camp (today’s Kalemegdan), a settlement of military veterans (today’s Donji grad) and a civilian settlement (between Studentski trg and Trg Republike). Knez Mihajlova Street was the central street, while today`s Studentski trg was a Roman Forum surrounded by thermal baths.

Following the visible and invisible traces of ancient Rome in this area, modern political, economic and cultural relations between Italy and Serbia have been recording exceptional achievements.

Within such atmoshpere, Dipos d.o.o. Beograd is very pleased to be taking care of building in no. 56, Kneza Miloša Street, which now houses the Italian Cultural Institute – an institution which has been transforming the faces of Italian culture in Serbia from invisible to visible to our people for decades. 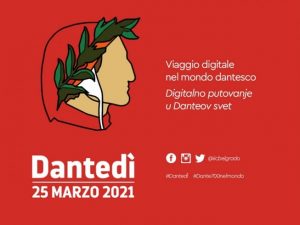 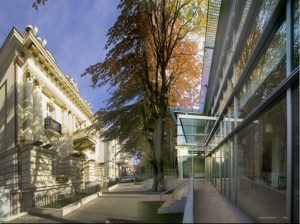 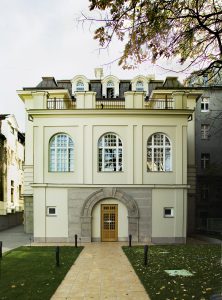 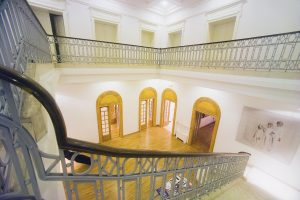 The cooperation between the Italian Cultural Institute and Dipos has lasted for more than 16 years.  During numerous meetings at the highest level, it was emphasized that both parties will continue to improve the partnership established so far.