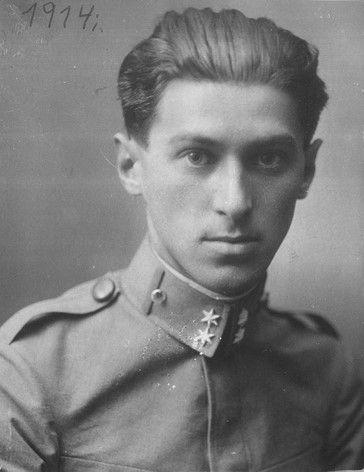 Milos Crnjanski was born on October 26, 1893 in Chongrad, a place which belonged to the former Austro-Hungary Empire. He grew up in a family which nurtured deeply patriotic feelings towards Serbia and remained faithful to his people for the rest of its life.
According to his own words, he was a mediocre student until the fifth grade of high school, when his father died. Then he decided “that he will be among the first in future”, which he achieved later in his life.
He graduated from the Faculty of Philosophy in Belgrade, where he studied literature. During his studies he edited the newspaper “Dan” and discovered his talent for journalism.
He was both a witness and a participant in the First World War. That painful experience left a mark on his entire life and work. 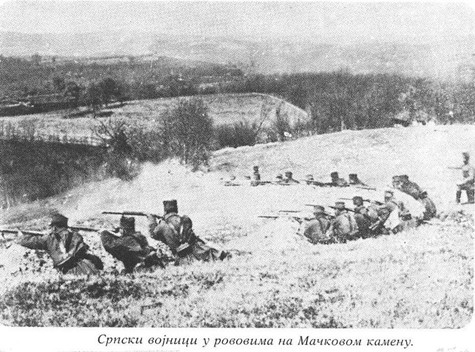 The news of the assassination of the Austro-Hungarian heir to the throne Franz Ferdinand found Milos Crnjanski in Vienna.
“I heard about the murder of the Austro-Hungarian heir to the throne in Sarajevo after lunch, one sunny day in Vienna while I was playing billiards. The waiter informed us of the news which someone told him on the phone. None of the present felt horrified, although today it is thought that the entire city was in chaos. But in fact, no one turned off the music until the evening. Only in the evening did someone remember to silence it. The waltz era is over,” Crnjanski wrote.
In Vienna, he was mobilized to the Austro-Hungarian army and sent to the Galician field to fight against the Russians. As he was wounded, he spent most of the war alone in a war hospital. However, the experiences from the battlefield will mark his entire narration and his unique style of writing in which he was re-examining and searching for the meaning of life. He created a new direction of avant-garde literature, known as Sumatraism. Wandering, fear, hopelessness, imagination and the meaninglessness of suffering will remain the most striking motives of that time. 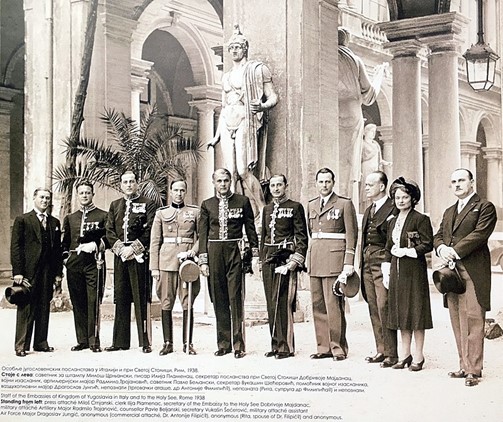 In 1920, Crnjanski met Vida Ruzic, the daughter of the former Minister of Education Dobrosav Ruzic, whom he soon married. With the diploma of the Faculty of Philosophy in Belgrade, he taught at the Pancevo Gymnasium and was a professor at the IV Belgrade Gymnasium.
A new chapter in the life of the writer began in the middle of 1928, when, as a very notable journalist of the Belgrade daily “Vreme”, he was appointed attaché for the press of the embassy in Berlin. After the outbreak of the Spanish Civil War, with extensive experience in journalism, Crnjanski reported from Frank’s headquarters, and after Spain, he worked in Rome as a press adviser at the Yugoslav embassy and as a correspondent from the Italian capital.
As the fascist regime in Rome intensified and became more and more repressive towards foreign journalists, all those who were seen as opponents of the regime were expelled, which did not help Crnjanski and the former Yugoslavia. The government believed that it was better to stay in Rome and have information from the source. However, after the outbreak of the Second World War, Crnjanski was evacuated from Rome and went to London via Madrid and Lisbon in August 1941.
In his major work “Embahade”, he described in detail his diplomatic activities, including the evacuation from Rome. The work was published posthumously in 1985.

As an opponent of Tito and communist ideology, Crnjanski spent the Second World War and many post-war years in exile in London, where he acquired British citizenship. In the British capital, he worked for a time as a press adviser to the Yugoslav government in emigration. To survive, he also worked as an accountant in a shoe store and courier service for a publishing company, while also earning a degree in hospitality from the University of London.
The long and painful years in exile were difficult for him. In 1951, he acquired British citizenship and wrote his two masterpieces – The Novel of London, The Second Book of Migration, and The Lament over Belgrade.

He returned to Belgrade only in 1965, where he passed away a month after his 84th birthday, in 1977.
He was buried in the Alley of Distinguished Citizens at the New Cemetery in Belgrade. His personal library is kept in the writer’s legacy of the National Library of Serbia. According to the will of the founder of the Milos Crnjanski Endowment, Vidosava Crnjanski, Milos Crnjanski Award was established in his honor with the aim of encouraging literary creativity in Serbia. 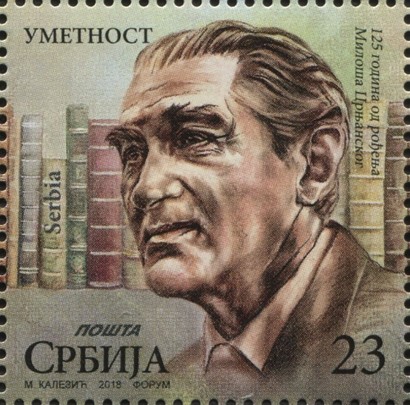 Miloš Crnjanski published his first poem “Sudba” in the Sombor children’s newspaper “Golub” in 1908.
He stirred up the literary public with his famous collection of poems “Lyrics of Ithaca” in 1919. He later published a book of short stories “Stories of a Man” (1920), as well as “Diary of Charnojevic” (1921). In parts, he published his masterpiece, the novel “Migration” in the Serbian Literary Gazette, which was printed in 1929 as a book.
He received the SANU award for this work in 1930. Shortly afterwards he published “Love in Tuscany” and “A Book on Germany”.
Immediately after the end of the Second World War, his works were excluded from the education system by the communist government. It was not until the 1980s that it was proposed to return his works to the curriculum.