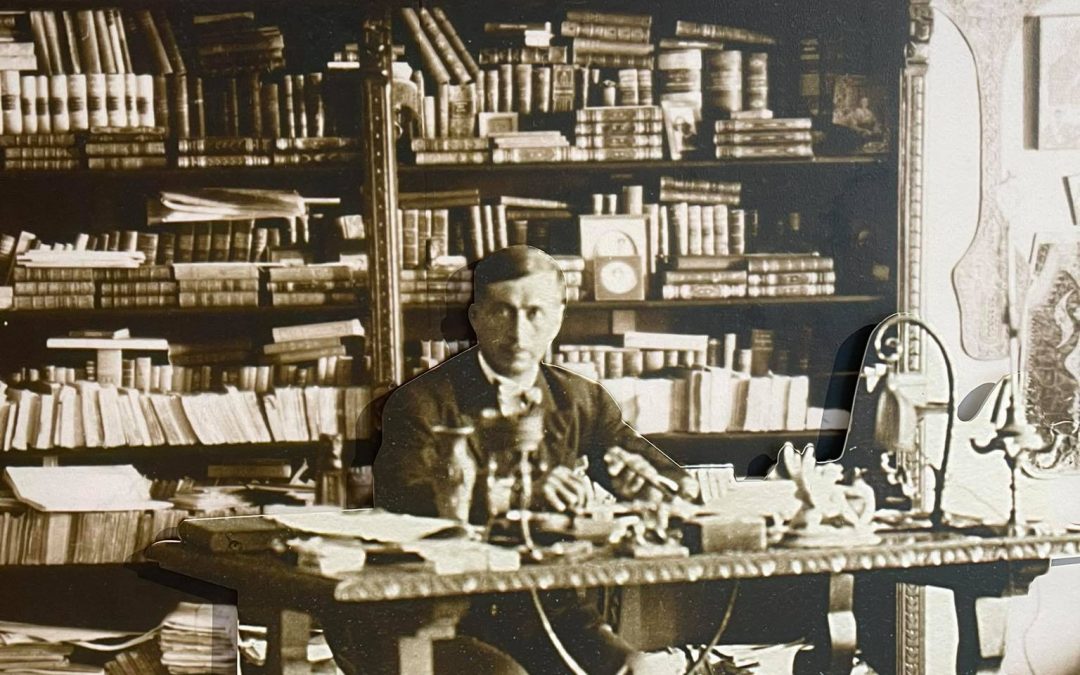 “A life could not have been spent smarter, nor could a talent have been used better. He did not miss nor ruin anything. With what he carried inside, nothing more could have been given,” said the famous art historian Milan Kasanin once when talking about Jovan Ducic.

The life of Ducic was a romantic journey – from his birth in Trebinje, studies in Geneva, diplomatic career in cities such as Constantinople, Sofia, Rome, Madrid, Cairo, to his death in the United States. He was a poet-diplomat and the first ambassador to Yugoslav and Serbian diplomacy. 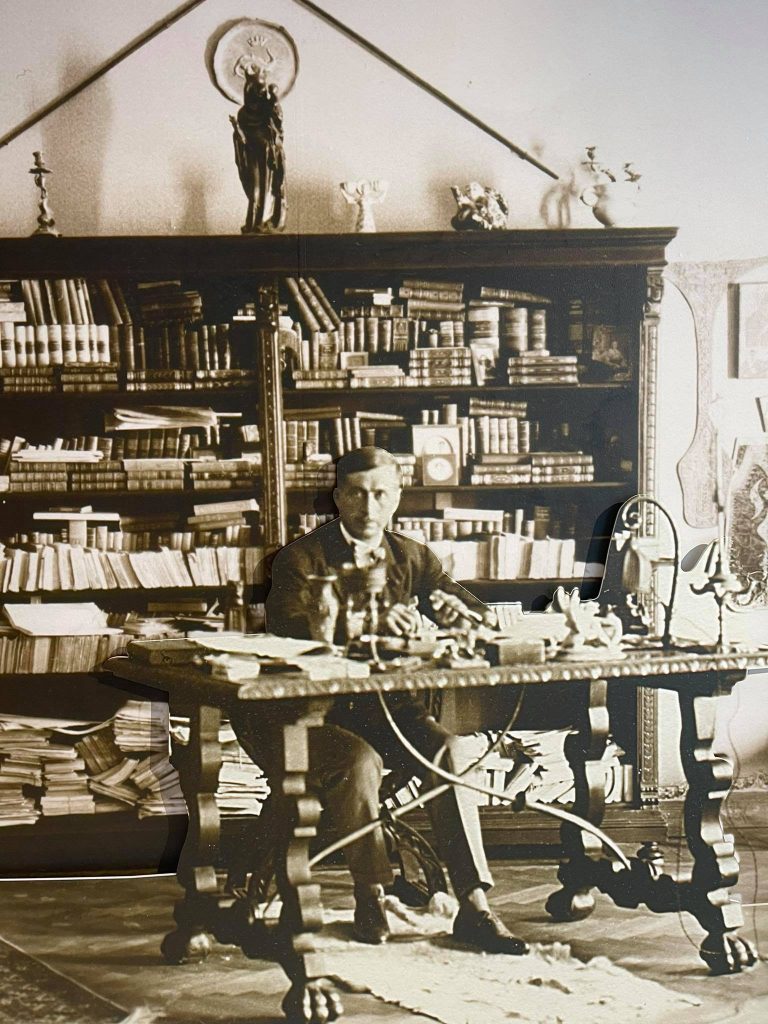 Supported by the knowledge of social sciences, philosophy and literature and the skills of public performance, he often enchanted his company by incredibly interesting conversations. Ducic also had an extraordinary power of persuasion. At a different ground, it is also noted that he was a unmatched hearbreaker. 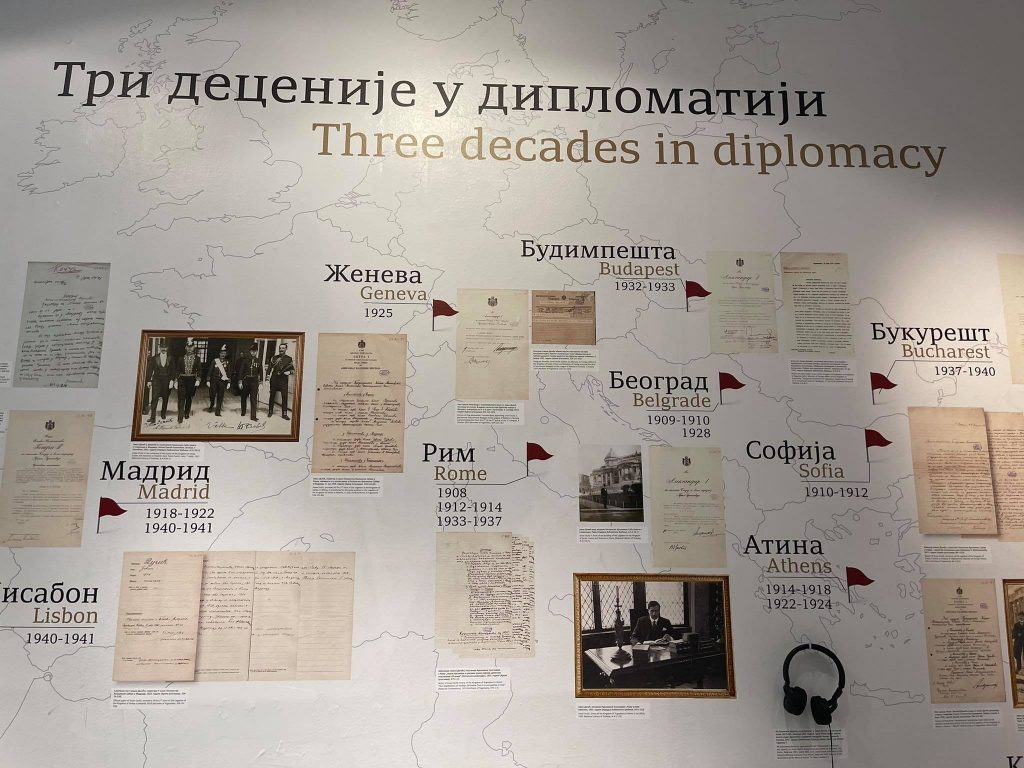 After the outbreak of the Bosnian annexation crisis, Serbian government sent him to Rome with the task to work on propaganda against the issue. In Rome, he published a brochure titled Annessione della Bosnia e dell Erzegovina e la questione Serba, which was distributed to members of the Italian parliament ahead of a debate on the topic, hoping to speaking out against it.

He faced the Second World War and the capitulation of Yugoslavia as an ambassador in Madrid, where he remained until the decision of the Kingdom of Yugoslavia to terminate diplomatic relations with Spain due to its recognition of the Independent State of Croatia. From there, he moved to the United States, to the city of Gary in Indiana, where he lived until his death with his cousin, industrialist Mihailo Ducic. He died on April 7, 1943.

Ducic is one of those few who left unique historical testimonies of his time. His views of certain personalities the Bulgarian King Ferdinand of Coburg, the Egyptian King Fuad, the Italian King Emmanuel and many others are part of such material. He left us his notes, judgments about nations, assessments, predictions, analysis of the situation in Europe, the Lesser Entente, the Balkans, and Yugoslav-Italian relations. As early as 1932, he wrote that Hitler was a danger to Germany and the whole world.

Legends from his service in Budapest

Two legends are associated with his service in Budapest.

The first story is that upon arrival, he was not satisfied with the regular uniform worn by ambassadors and deputies, and that he ordered a new one to be sewn according to his own design, in which he would hand over his credentials. And he did so actually, in his new suit. In addition, he ordered a ceremonial carriage and harnessed four white horses for this occasion, which was a great attraction at the time. 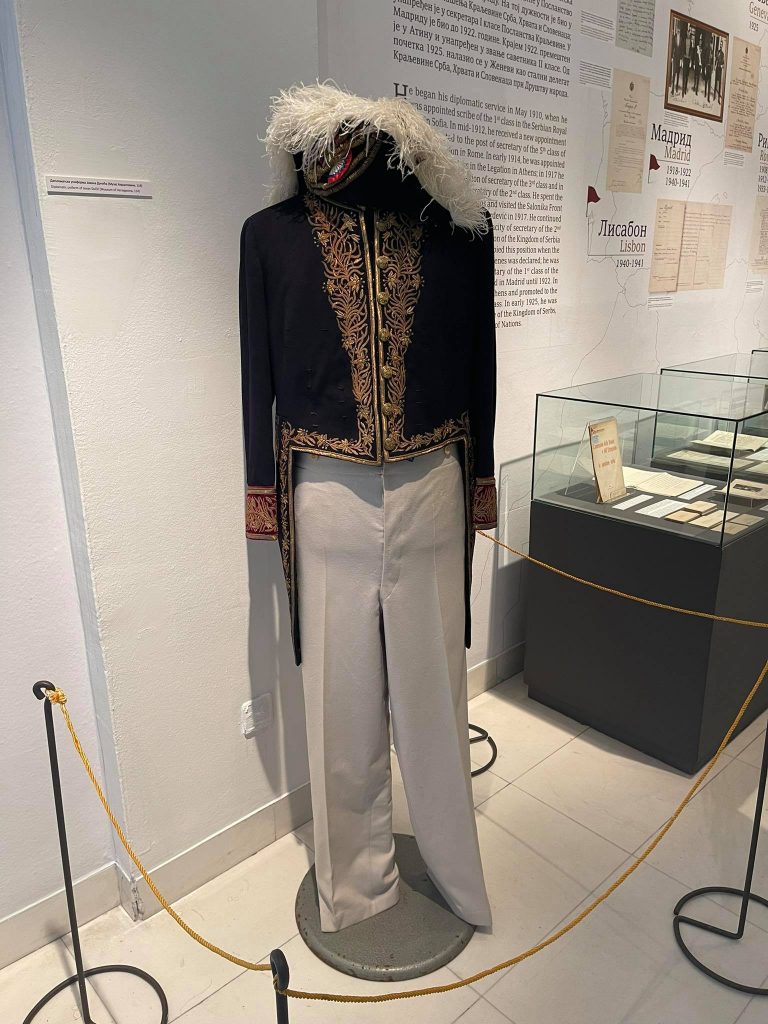 Another legend is that a very respectable and attractive countess from Transylvania, having heard so much about this diplomat, wanted to meet him. After the encounter, they fell in love with each other. When Ducic went to Rome, the countess gave him her villa as a present to keep the memory of their great love. Today, the Embassy of the Republic of Serbia in Budapest is housed in this building, with original furniture from that time.

Today, the verses of Jovan Ducic are precious part of Serbian culture. His most famous works, such as Jablanovi, Pesma ženi or Zalazak sunca, are an inspiration for many contemporary poets. In Serbian contemporary society, the collections of this poet are presented as an expression of love.

One of the most popular works of all Serbian literature is his philosophical work Blago cara Radovana (King Radovan`s Treasure), which is a unique collection of wise thoughts, observations about life and intriguing topics of destiny.

As a writer, he was admired in Serbian and European circles and enjoyed impeccable reputation. He was a member of the Serbian Royal Academy and one of few members of the London Literary Club who came from abroad. 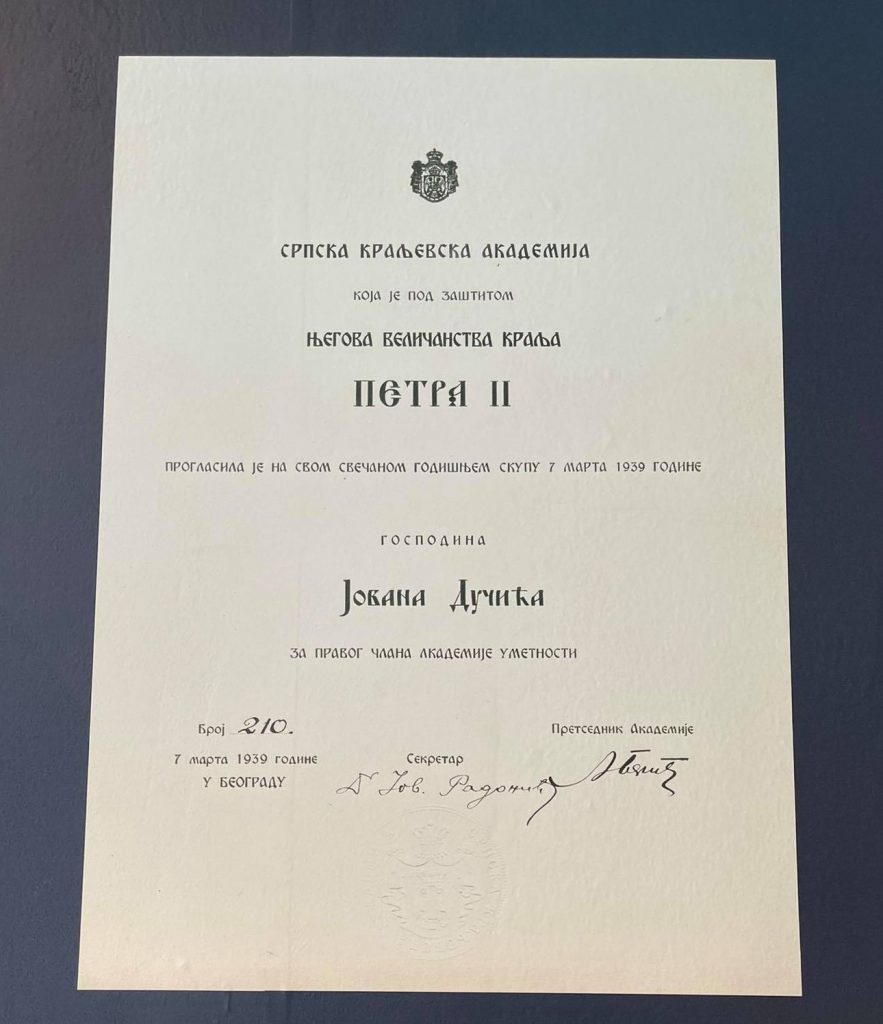 Trebinje – the town of Ducic

Ducic donated numerous cultural goods to his hometown, including the first monument to Njegos erected in 1932. Dragisa Brasovan, one of the most famous architects of interwar Yugoslavia, was hired to design the space around the monument. Ducic also left a monument to Helen of Anjou, the mother of Serbian kings Milutin and Dragutin, an exceptional figure in Serbian history. Today’s Museum of Herzegovina was established following the idea of the most recognisable citizen of Trebinje.

RECOMMENDATION: Exhibition “Search for the New”

On the occasion of the 150th anniversary of the birth of Jovan Dučić, Serbian Academy of Sciences and Arts declared 2021 the year of this great Serbian poet, writer and diplomat.

We invite you to visit the exhibition “Search for the New” in the SANU Gallery until November 7, which follows the life of this great poet from his birth to the transfer of his remains to his hometown in 2000.

The exhibition features a bust of Jovan Ducic, the work of sculptor Ivan Mestrović, and about 150 original documents, photographs, verses, personal items, and a many reproduced exhibits. 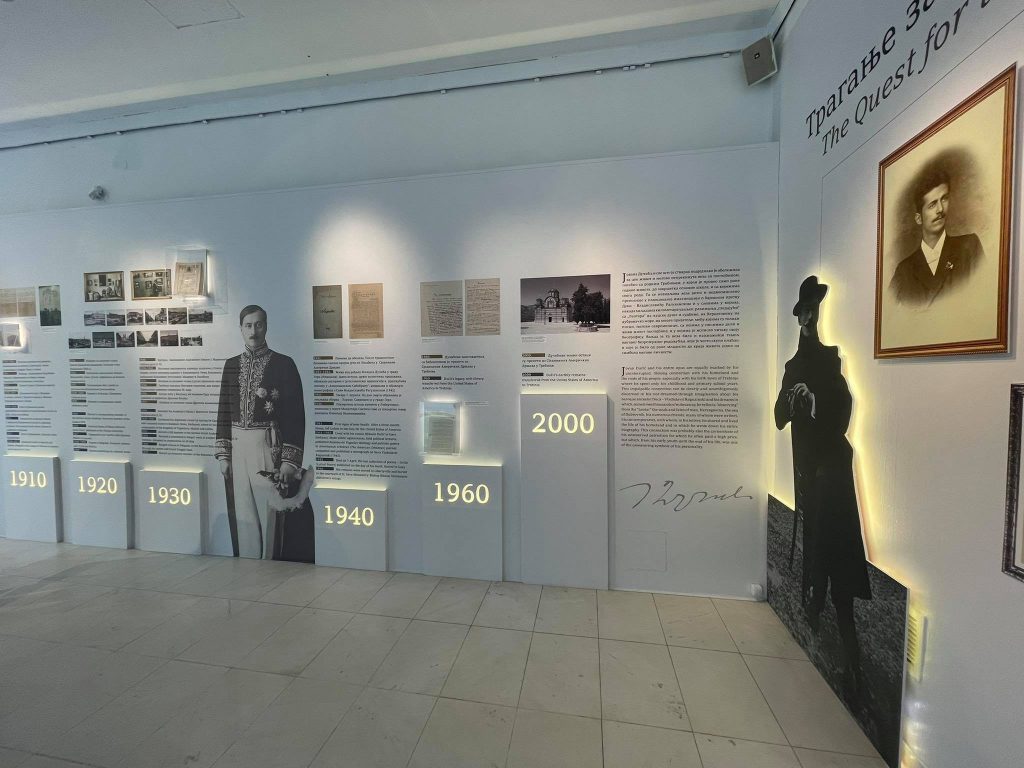 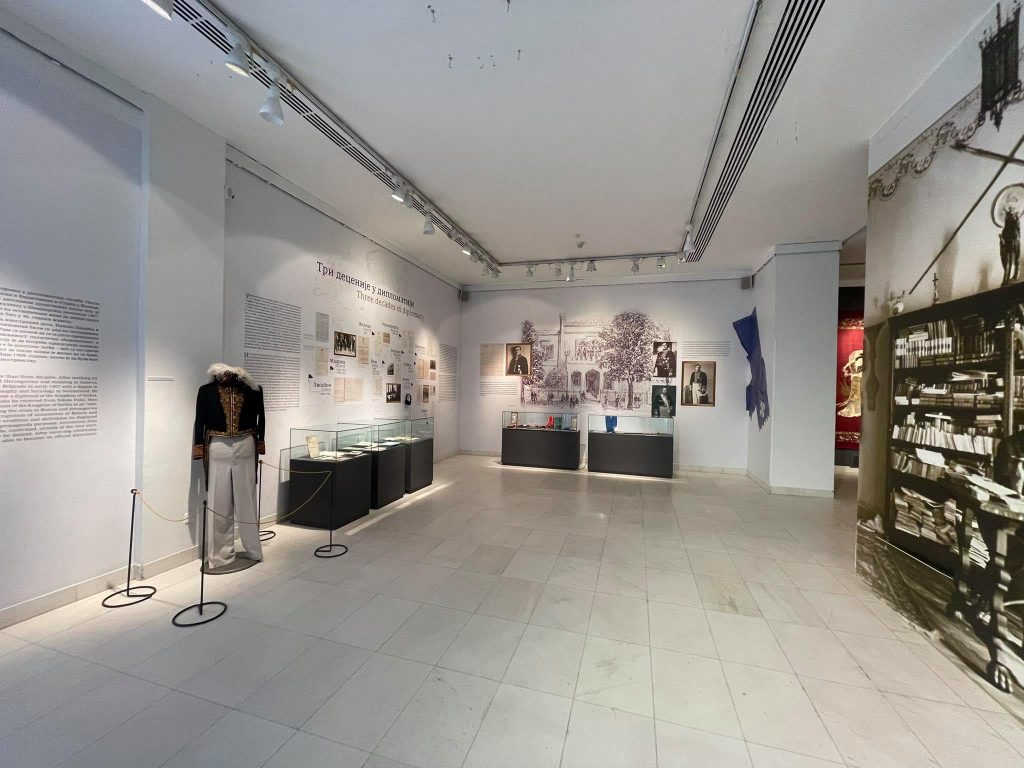