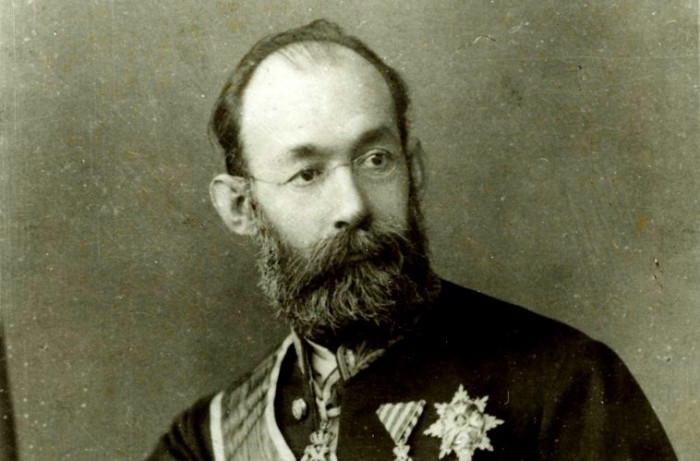 How did a boy named Kosta become Stojan and grew into a great scientist, writer, historian and statesman?

Stojan Novaković was born as Kosta in 1842 in Sabac in a poor family of carpenters. He finished elementary school and lower grammar school in his hometown, and attended high school and Lyceum in Belgrade. 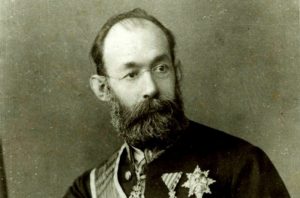 As a student, he changed his name from Kosta (derived from Constantine, which means permanent)  to its Serbian language version – Stojan.

There is a story that teacher Stojan Boskovic advised his father to send his son to school in Belgrade. But when his father said that he did not have the money even for the ticket, the teacher almost prophetically told him: “Borrow for the travel. The boy is so diligent and hardworking and he will be supporting himself and pay back the debt.” And the words from the teacher`s advice became reality indeed.

Politically, he belonged to a group of young conservatives, who founded the Progressive Party in 1880. 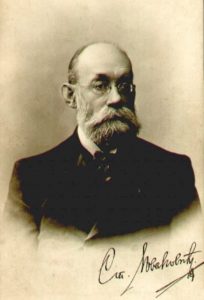 The chronicles record that he was a powerful man with strong organisational skills, but, unfortunately, a poor negotiator. Such testimonials can be sustained by his behaviour during his third ministerial term, when the problem of Metropolitan Mihailo was raised in Serbia, whom Prince Milan removed from office without the approval of the Synod due to his open affection for Russia. Although the bishops supported the dismissed metropolitan, Stojan Novaković, as a minister, punished the bishops with huge fines. Such act caused even greater dissatisfaction and rebel among the bishops, but Novakovic, assisted by the Karlovac Patriarchate, managed to replace the entire Council of Archbishops.

Due to the conflict with Metropolitan Mihailo, Novakovic was characterized as an opponent of Orthodoxy and an austrophile. Due to that, it was a huge surprise in the political life of Serbia when his government, in foreign policy, turned to Russia. The reason was simple. Involved also in diplomacy, Novakovic, as diplomatic representative in Constantinople, advocated the opening of Serbian consulates and Serbian schools in Macedonia, but he realized that without Russian support, there would be no success. 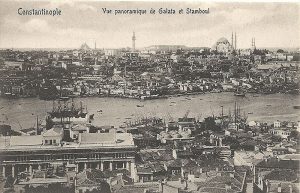 During the annexation crisis of 1909 and despite the small influence of his party, Novakovic was elected president of the concentration government. He headed the Serbian delegation to the London Peace Conference, which ended the First Balkan War. 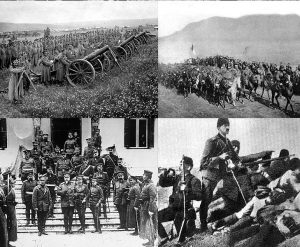 He was a scientist, writer, historian and statesman. Although not educated abroad, was internationally acknowledged. As a philologist, he studied the Serbian language and the history of Serbian literature, and as a historian he studied the legal and social history of the Serbian people. He wrote poems and narrative works, and was also engaged in translation work. He started the literary magazine “Vila”, published the History of Serbian Literature as well as the Serbian Bibliography for Newer Serbian Literature. He prepared and printed Dušan’s Code and was elected the first president of the Serbian Literary Association. 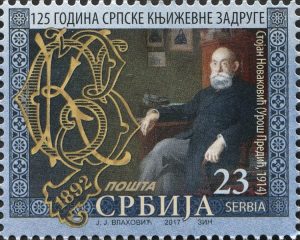 Post of Serbia stamp, issued upon the 125th anniversary of the Serbian Literary Association

Those who knew him said that he was a real Serbian host, quiet, modest, with refined European manners and, above all, a patriot. He was married to Jelena, sister of Milan Kujundzic Aberdar and the daughter of Jovan Kujundzic “Valjevac”. Stojan Novakovic’s son was a lawyer and professor Mileta St. Novakovic, and his grandson is film director Rados Novakovic.

He died in Nis, holding a pen in his hand, on February 17, 1915. He did not live up to see his dream –freedom for the entire Serbian people – come true. Still, he remains one of the most prominent Serbian politicians of the second half of the 19th century.

SANU Gallery in Belgrade hosted the exhibition dedicated to Stojan Novakovic from December 2017 to March 2018. The central street of the Professor’s Colony district in Belgrade is named after him today.