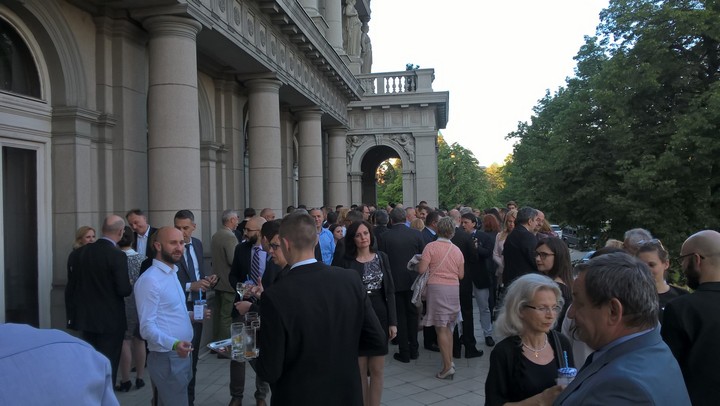 As a part of the ceremony, exhibits with interesting historical photographs as well as two stands with traditional Israeli food were displayed in the neighboring hall, and as a special treat, refreshing orange juice produced in Israel was served.
The ceremony was attended by numerous officials, including Minister of Labor, Employment, Veterans and Social Affairs Mr. Zoran Djordjević, Manager of the Office for Kosovo and Metohija, Mr. Marko Djurić, Minister for Environment protection, Mr. Goran Trivan, Manager of the city of Belgrade, Mr. Goran Vesić, Ambassador of the Russian Fedreation, H.E. Mr. Alexander Chepurin, Ambassador of Germany H.E. Mr. Aksel Ditman, Ambassador of France H.E. Mr. Frederik Mondolini as well as many other guests from political and public life of Serbia. 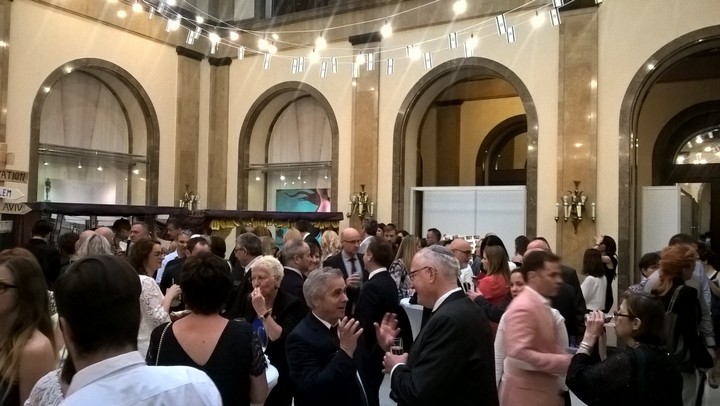 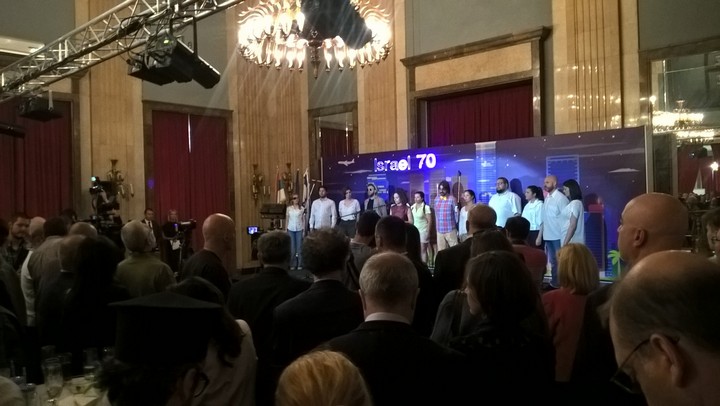 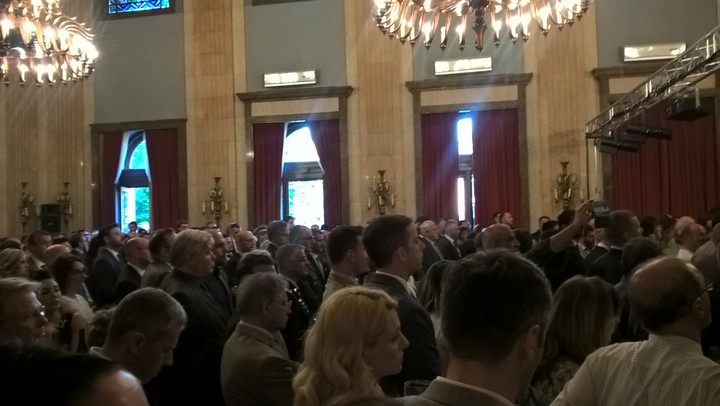