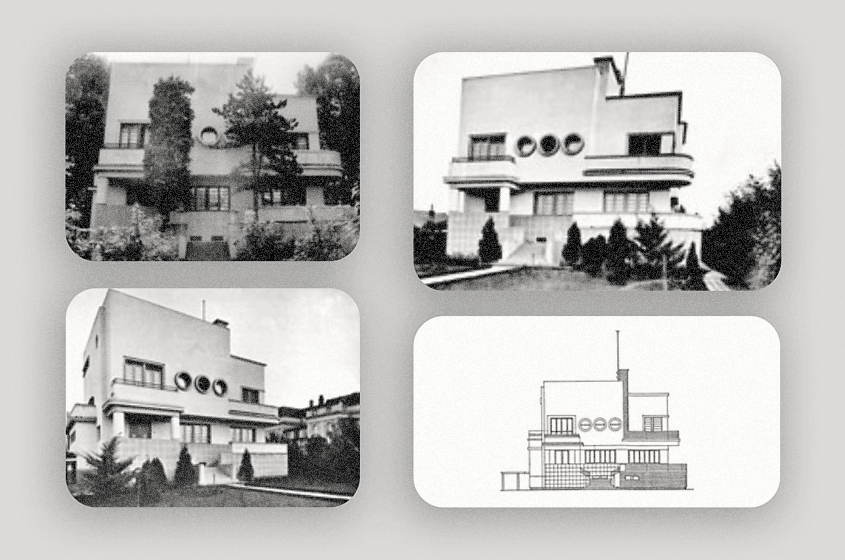 Designed in the early modern style by the architect Dragiša Brašovan, the Merchant House Dušan Lazić, was built in 1932 as a detached structure surrounded by a sizeable garden and set frontally in relation to the broad boulevard. Compact and nearly symmetrical in plan and form, it demonstrates Brašovan’s creative interpretation of modern architectural expression. Brašovan’s most famous works include the building of the Executive Council of Vojvodina in Novi Sad (Banovina), the building of the aviation command in Zemun, the building of State Printer and the Metropol Hotel in Belgrade.