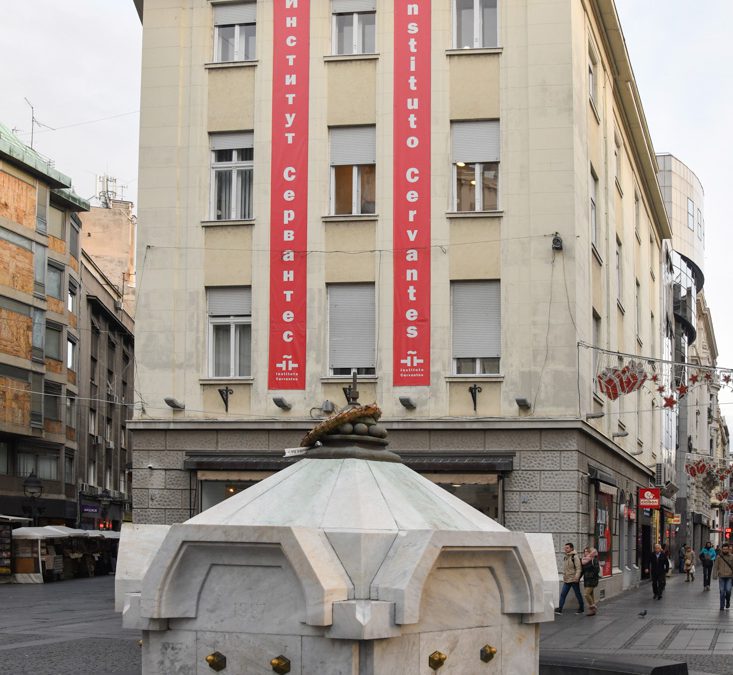 The building located at Knez Mihailova 32, was known as the American Corner for several decades after the Second World War until the spring of 1999.

In the middle of 2004, the Cervantes Institutute was opened in this building. The cultural mission of the institute is to promote the Spanish language and the culture of Spanish-speaking countries.

To long-standing residents of Belgrade, this building was also known as “Palata Zora,” which due to its location and beautiful exterior, has often found itself as a representative image on postcards from Belgrade.Built in 1904, it was constructed on the site of an older one-story building owned by the brothers, Constanine and Nikola Z. Popović. The contractors Mita and Rista Spasić built the project, which was prepared by the architect Milan Antonović. The Popović brothers were famous jewlers and owned a well-known jewelry store, that from 1880 – 1905 had a leading position on the Belgrade Stock Exchange. During their careers, Constantine and Nikola supplied the royal court with expensive jewelry and other objects made of precious metals and stones.