OPENING OF THE EMBASSY IN BELGRADE TO INTENSIFY COOPERATION

OPENING OF THE EMBASSY IN BELGRADE TO INTENSIFY COOPERATION

REPUBLIC OF SERBIA AND THE KINGDOM OF CAMBODIA

After a few decades, the Kingdom of Cambodia opened its embassy in Belgrade in 2019. This act is considered as acknowledgement of strong bilateral relations between the two countries, but also an effort to improve cooperation with the Republic of Serbia in all areas.

After frequent political conflicts which marked its recent history, today’s Cambodia is investing efforts to integrate into the global political and economic trends and to diversify its economy. The average annual growth of gross domestic product (GDP) has been around seven percent over the last decade. 80% of exports are products of the textile industry. One of the Government priorities is to attract foreign investments. 26% of the total foreign direct investments in the country during 2018 came from the People’s Republic of China, which is also the largest creditor of infrastructure and energy projects in Cambodia.

Another important growth factor is tourism. Over 6.5 million visitors in 2019 were attracted by the exotic image of this unexplored destination in Indochina, as well as its historical and cultural heritage.

The area of today’s Kingdom of Cambodia was under the rule of the mighty Khmer Empire for more than six hundred years. The empire reached its peak in the 12th and 13th centuries, when many temples were built, which still stand as the symbol of Cambodia. After this period, the cultural and political influence of the Khmers began to decline, diminishing completely in the first half of the 15th century. France colonized the area of ​​Cambodia in 1863. During World War II, the country was occupied by Japan. Independence from France was proclaimed on November 9, 1953.

Angkor – the National Symbol of Cambodia

Angkor is one of the most important archaeological sites in ​​Southeast Asia. It is located in the north-west part of Cambodia and covers the region of ​​about 400 square kilometres, four times the area of ​​the Vatican. It has been under UNESCO protection since 1992. It is visited annually by more than 2 million tourists.

This magnificent archaeological park is a unique complex of temples built in the period when the Khmer Empire was at the peak of its cultural and political power. The most important temples include Angkor Wat and Angkor Thom. 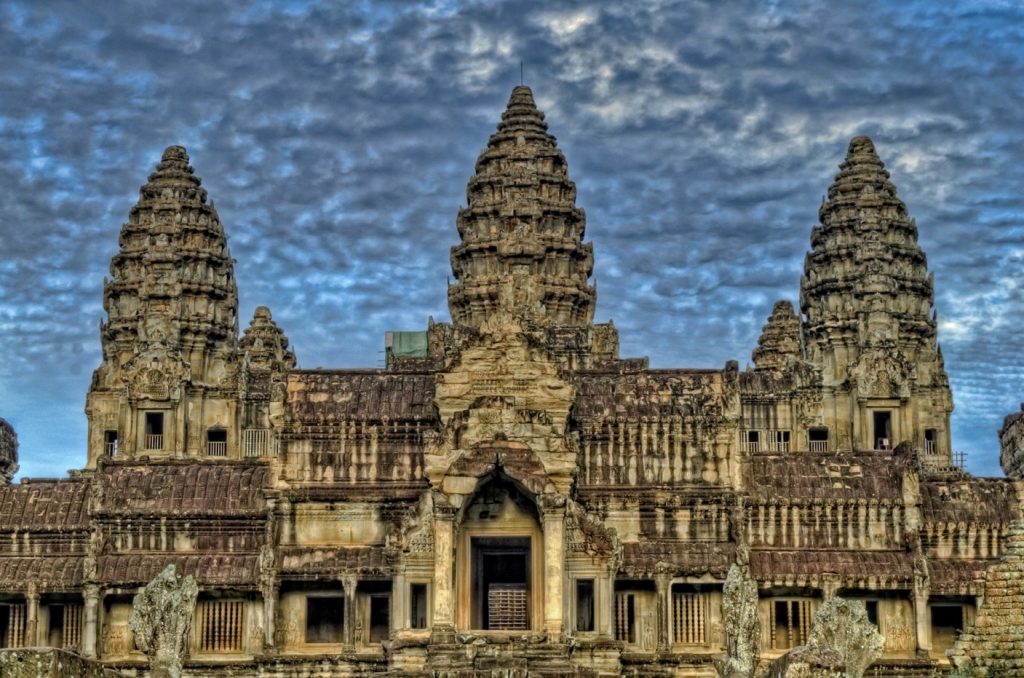 Angkor Wat is the largest religious building in the world. It symbolizes the holy mountain Mera, the home of the Hindu gods. Historians estimate that 300,000 workers and 6,000 elephants were used for its construction. The temple consists of several levels. Ordinary people had access only to the lowest, while those selected could reach higher levels. Since this is the only of the Khmer temples oriented towards the west, it is considered that it was built as a tomb for a Khmer king.

Angkor Wat is the most important national symbol of Cambodia. It is presented on the state flag and on the 500 riel banknote.

Phnom Penh – the capital of Cambodia

Once known as the Pearl of Asia, Phnom Penh is today the capital of Cambodia, which has taken precedence over other settlements since the time of French colonization.

It houses the oldest and one of the most beautiful buildings – the Buddhist temple of Wat Phnom. Its interior is painted with motifs from Reamker, Khmer version of Ramayana. Today, various festivals and Cambodian New Year celebrations are organized here.

In the stunning Royal Palace, there is the Silver Pagoda – a temple with 5,000 silver tiles, in which numerous national treasures are kept. The items of particular importance include the small Emerald Buddha from the 17th century and the life-size golden Buddha, decorated with more than 9,500 diamonds. The inner wall of the courtyard of the Silver Pagoda is decorated with a coloured and detailed mural of the Ramayana myth painted by Khmer artists in the early twentieth century.

The culture of Cambodia is extremely rich and very diverse, because many factors have affected its development. The initial influences came from Buddhism and Hinduism, and the architecture and culture of Angkor Wat left a special mark. Residential buildings and small boulevards in the Cambodian capital often resemble French ones.

Traditional music dates back to the Khmer Empire and is often performed with dance.

The people of Cambodia love holidays and festivals. The Cambodian or Khmer New Year is celebrated in mid-April. One of the most important festivals is the Water Festival, also marked in other neighbouring countries – Laos, Thailand and Vietnam, as well as many others organised on the Mekong River, when rituals are usually performed to honour the dead and the living. 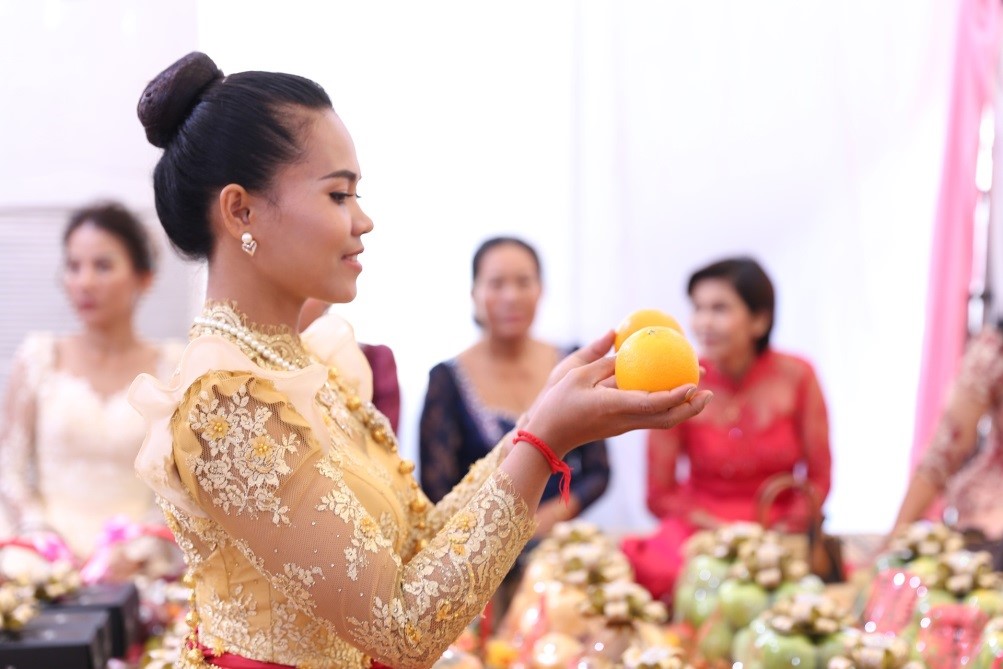 The older generations enjoy special respect. Therefore, Cambodians often address each other by stating a hierarchical title which corresponds to the age of their interlocutors before the name.