THE HAPPIEST COUNTRY IN THE WORLD 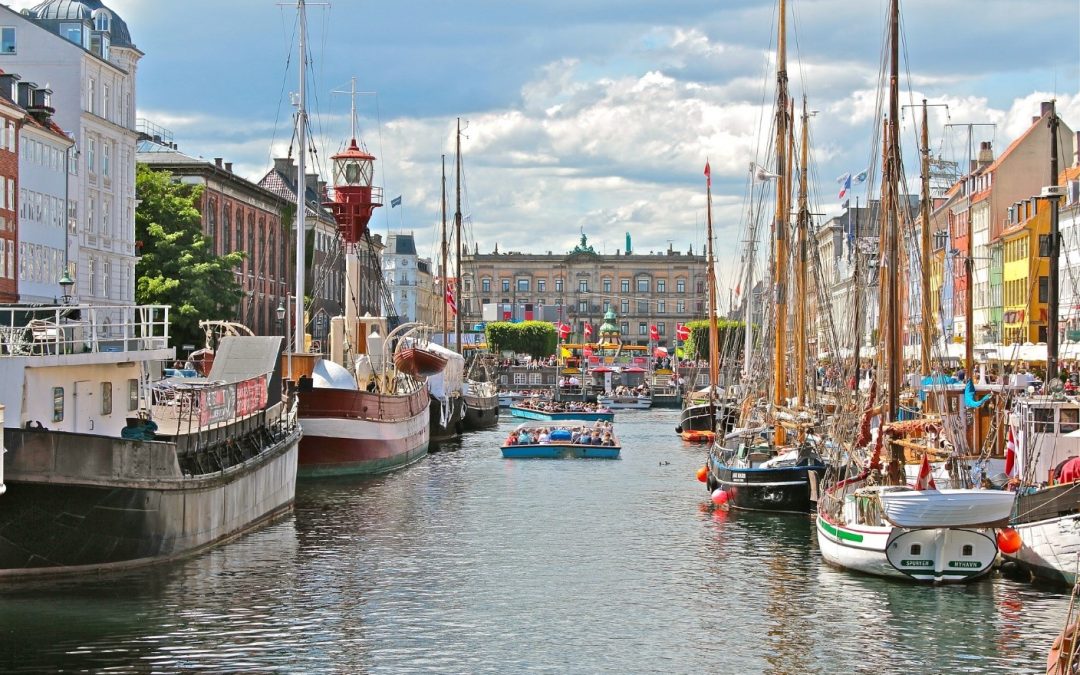 THE HAPPIEST COUNTRY IN THE WORLD

THE KINGDOM OF DENMARK AND THE REPUBLIC OF SERBIA 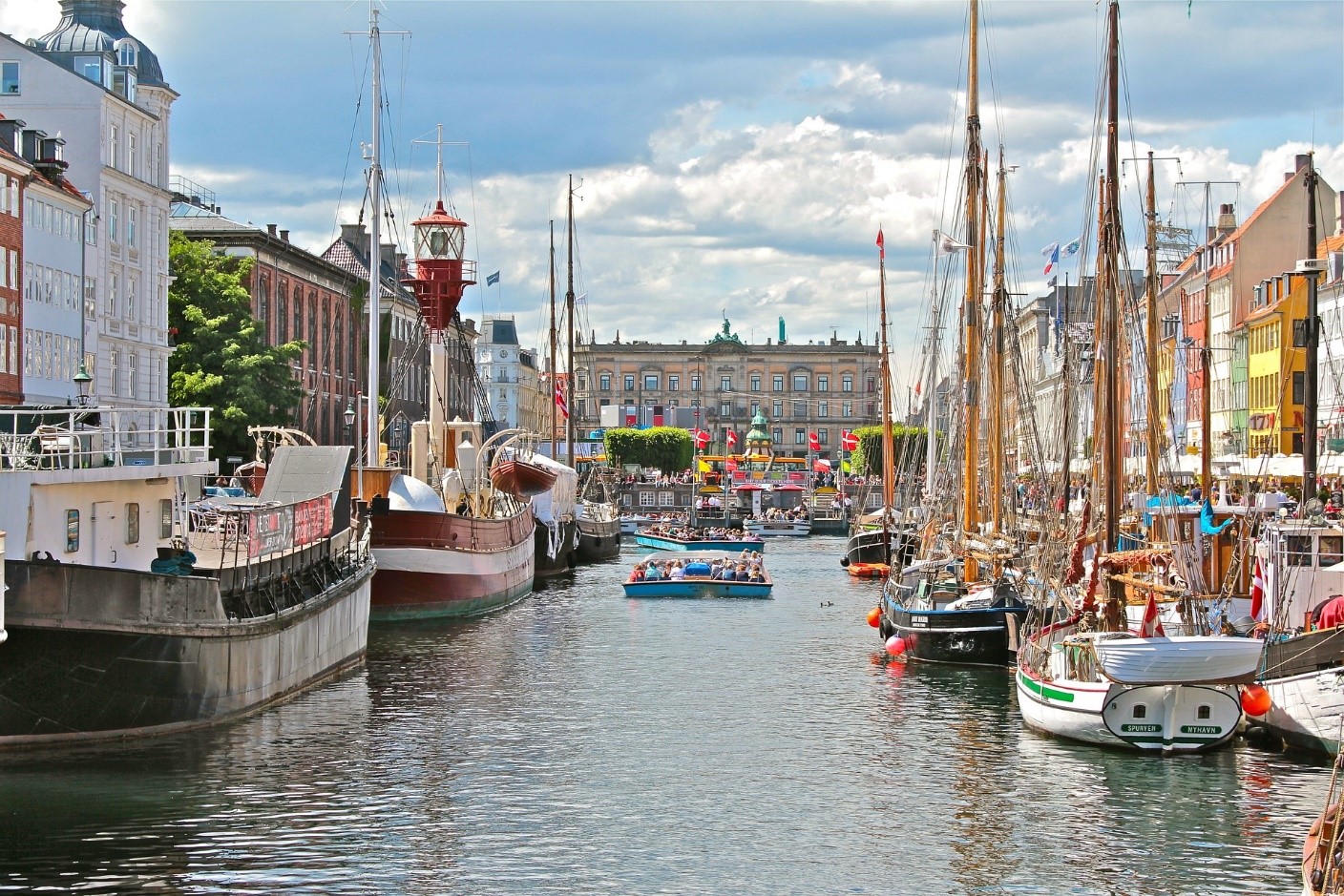 The Kingdom of Denmark is located in Northern Europe. Known as a wealthy state, with a developed economy, a strong public and private sector and a society with equal rights for all, Denmark has been for a few years in a row, according to several international studies, proclaimed the happiest country in the world. It is highly ranked among the countries with the most developed education, health care, civil rights, democratic governance, and LGBT equality. Denmark is the founding member of NATO, the Nordic Council, the OECD, the OSCE and the United Nations. 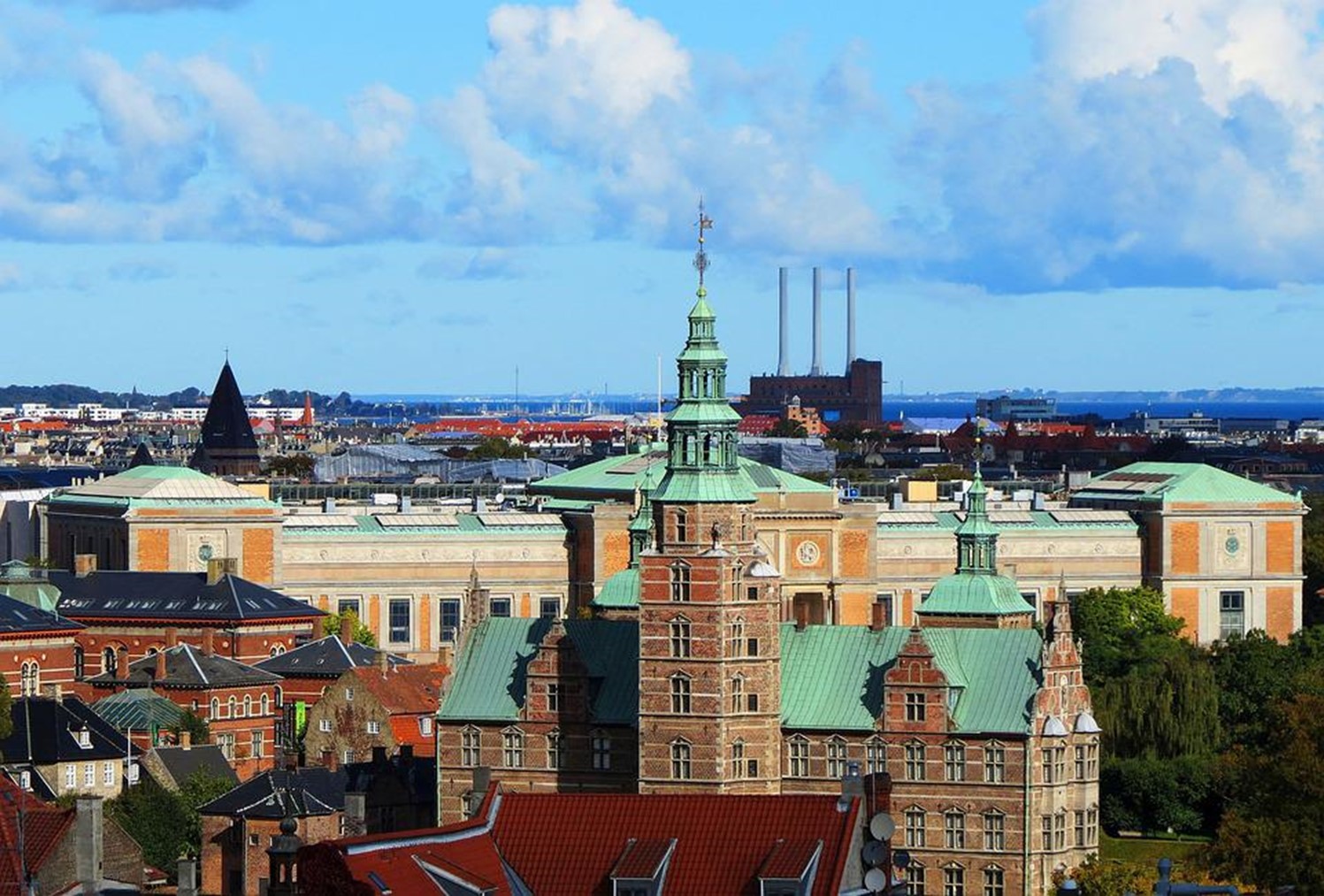 It is considered the smallest and southernmost country in Scandinavia. It has about 5.5 million inhabitants. It is located on the Jutland Peninsula and a large number of islands which are connected by lengthy, impressive bridges. The Kingdom of Denmark also includes two self-governing territories – the Faroe Islands and Greenland. Although Greenland is about 500 times larger than Denmark, its number of inhabitants is 100 smaller. The capital is Copenhagen and the oldest city is Ribe, which dates back to 810.
Copenhagen is located on the island of Zealand and has a population of about 1.2 million. The city is the cultural and economic center of Denmark, which in 1300 became the richest and most important part of Denmark, and it has maintained that status to this day.

Denmark has been a Constitutional Monarchy since 1849. The Monarch is formally at the head of the state, mostly in a ceremonial role, while the executive power is in the hands of the cabinet of ministers, with the prime minister as the first among the equal. The executive administration consists of both the government and the Danish Parliament, known as the Folketing, which lists (no more than) 179 members. The Danish judicial system is functionally and administratively independent of the executive and the legislation governing bodies. 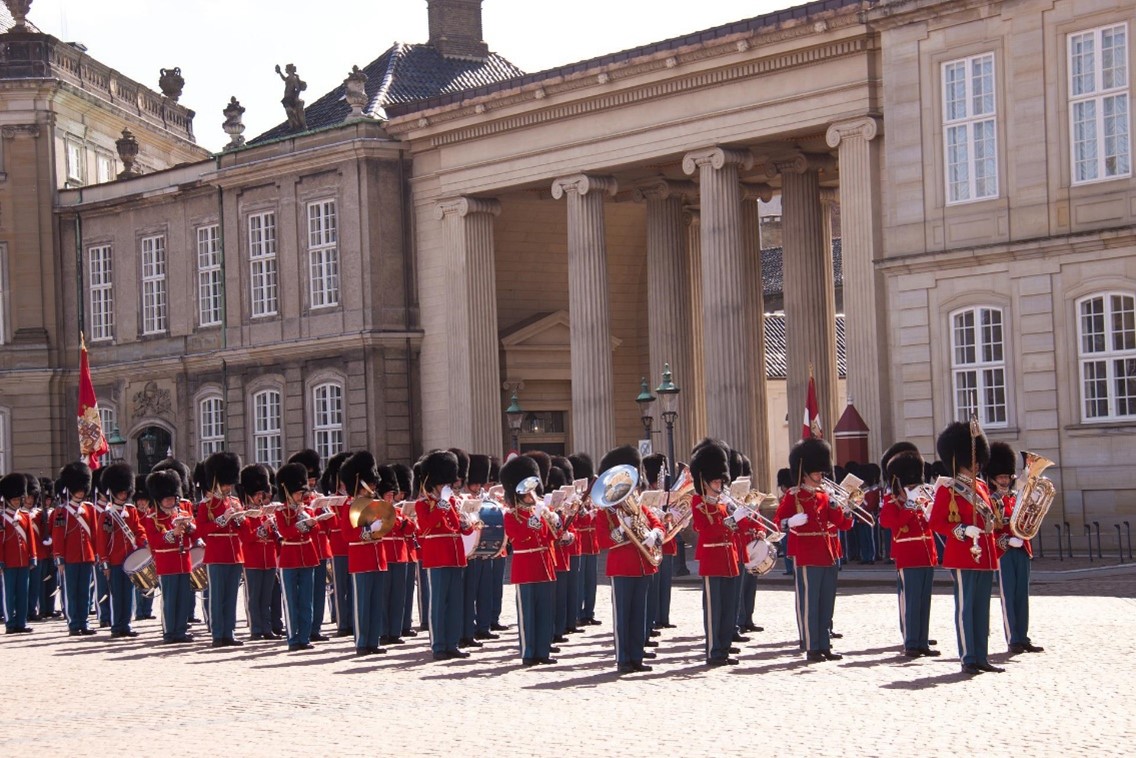 Bilateral relations between Serbia and the Kingdom of Denmark were established in 1917.
Political and economic cooperation between the two countries is at a sound level, with continuous growth, without open issues, except for the Danish recognition of self-proclaimed independent state of Kosovo*. The visit of the Minister of Foreign Affairs of Denmark, J. Kofod to Serbia in August 2021 contributed to the improvement of bilateral cooperation and strengthening of political dialogue. On that occasion, he held meetings with the highest Serbian officials, and the talks were assessed by both parties as extremely productive. Danish support for Serbia’s European integration has been confirmed, and interest in further Danish investments in Serbia has been expressed.

Denmark has a developed modern market economy. The standard of living is very high, the currency is the Danish crown, which is very stable. Apart from being a well-known wealthy state, this country has a long experience in creating an energy-efficient economy. Creating an ecological and sustainable society in which all the energy comes from renewable sources is a key goal of Denmark in order to reduce greenhouse gas emissions in the world.

When it comes to ecology, it is impossible not to mention bicycles. Denmark, like the Netherlands, is known as a paradise for cyclists. The country’s policy is to promote bicycle traffic, taxes on cars have been increased, and all conditions for safe and fast cycling have been provided. It is estimated that there are over 5 million bicycles in Denmark today, 11,000 kilometers of bicycle paths across the country and enough parking at every step.

Education in Denmark is free, and nine years of school for children aged from 7 to 16 is compulsory. After completing nine grades, a quarter of students drop out of school and start working. It is interesting that there is a tenth grade that children can enroll if they do not feel ready for high school, and many children attend it.

There are student councils in all schools which take care of all student problems and discuss them in meetings with principals and professors. Every year, they receive financial assistance from the government, which they usually use to organize school events or buy textbooks.

And while Ludwig Holberg is the creator of Danish comedy, Hans Christian Andersen is still a writer who glorified this kingdom with his fairy tales. The Little Mermaid, The Ugly Duckling, The Emperor’s New Clothes, and The Princess and the Pea are just some of the fairy tales which marked the childhoods around the world. 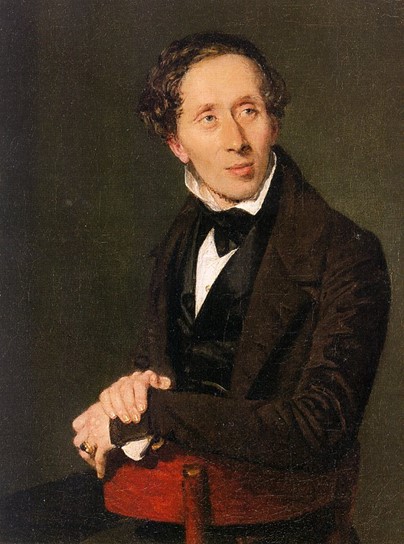 Karen Blixen is a famous Danish writer, also known by the pseudonym Isak Dinesen. She was nominated for the Nobel Prize several times, and her most famous work is “My Africa”. An awardwinning film was made according to the memoirs in which she described her life on a coffee plantation in Kenya from 1914 to 1931.
Søren Kierkegaard, philosopher and theologian and founder of existential philosophy, was born in 1813 in Copenhagen. Their compatriot is Nils Bohr, a great Danish physicist and scientist who is considered the founder of modern atomistics, who won the Nobel Prize in 1922 for his scientific contribution in understanding the structure of atoms and quantum theory.

The sculpture The Little Mermaid, a Copenhagen landmark, refers to a mermaid from Hans Christian Andersen’s fairy tale of the same name.

The average altitude of the country is only 31 meters, and the highest peak is 170 meters.

Dyrehavsbakken is the oldest amusement park in the world, located 10 kilometers north of Copenhagen. The park dates to the late 16th century, and the first roller coaster was opened here in 1932. 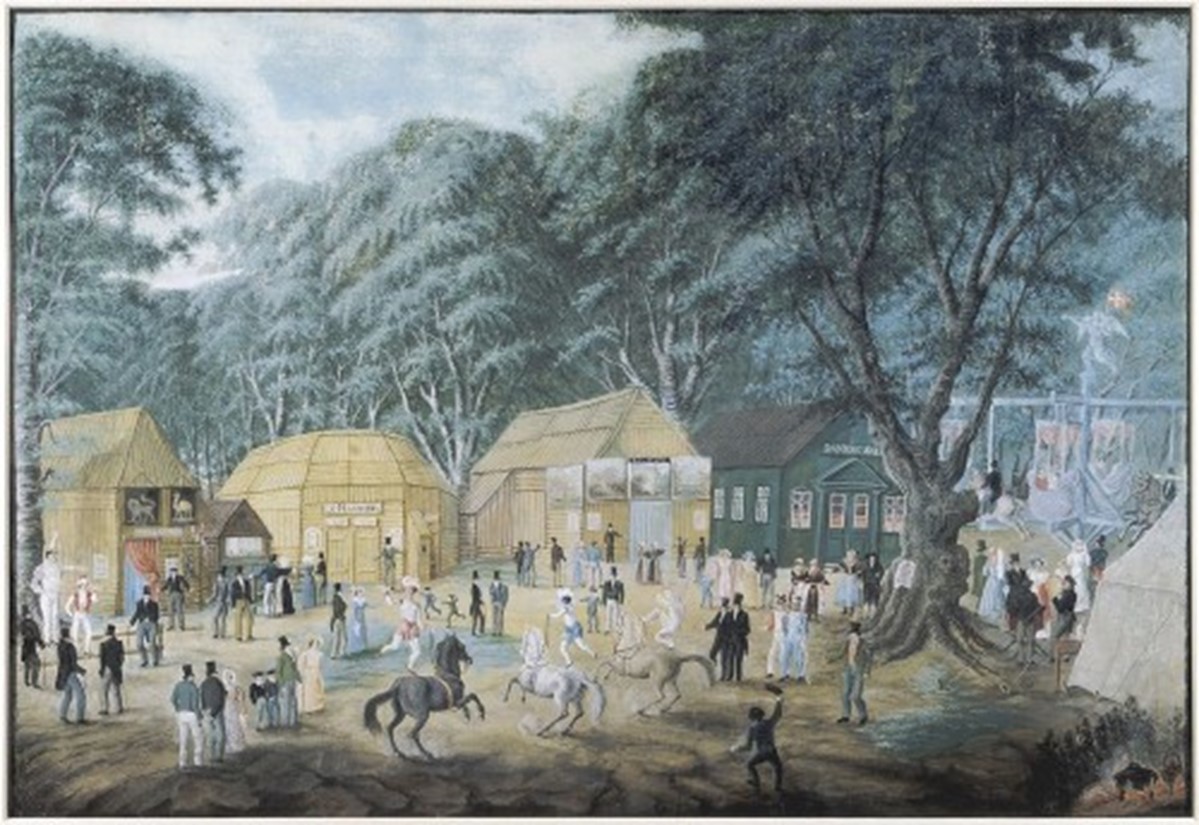 Denmark has the highest employment rate in Europe, as much as 75 percent.

The famous “Lego” cubes have been produced in Billund, Denmark. 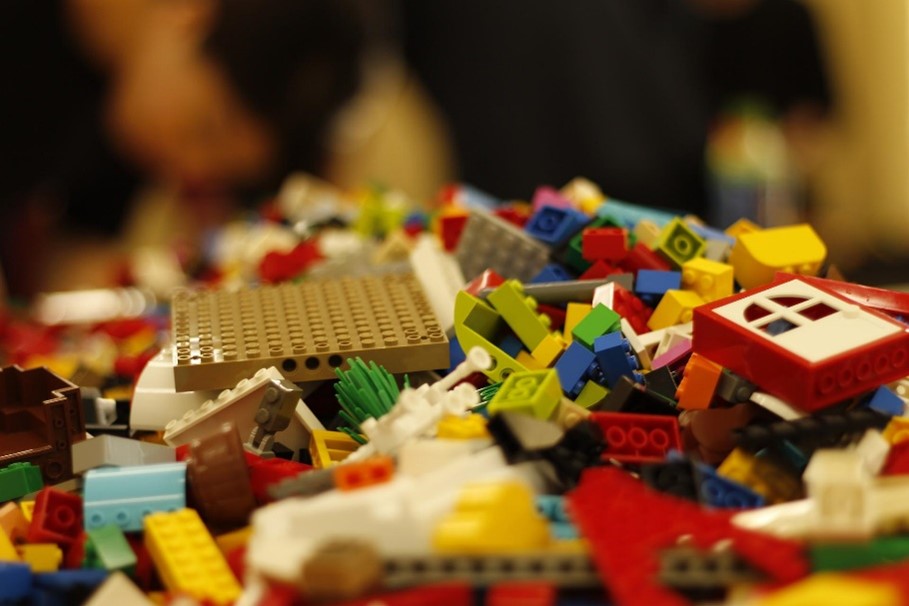 The royal family is the longest-standing in Europe.

Their origins date back to the 10th century.

The Danes have won 14 Nobel Prizes so far.

The flag of Denmark dates back to 1219 and is the oldest national flag in the world. 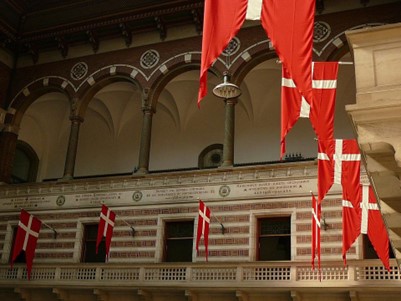 Denmark ranks second with the highest number of bicycles per capita in the world, after the Netherlands.

The Oresund Bridge, which connects Denmark and Sweden, is 7,845 meters long and is the longest combined (road and rail) bridge in Europe.  It was opened in July 2000. 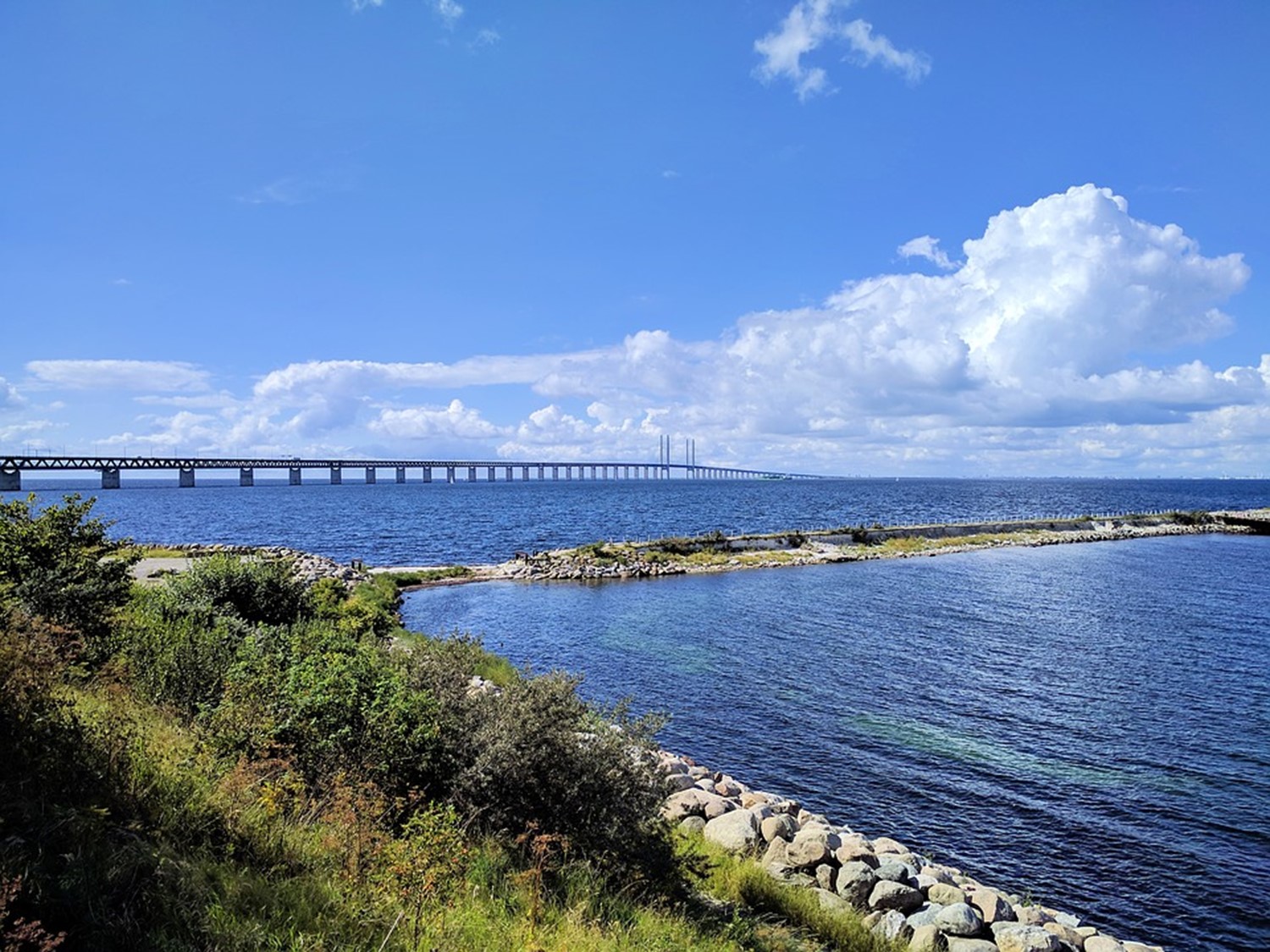