Interview of the director of Dipos for the portal “24sedam” 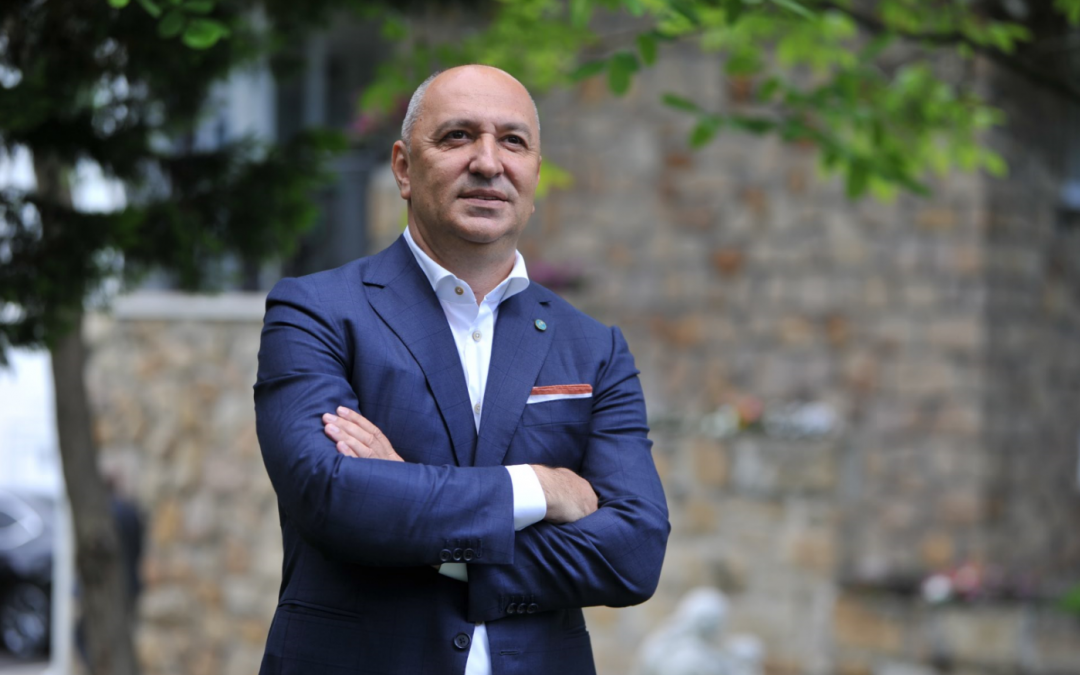 Interview of the director of Dipos for the portal “24sedam”

Director of Property management and rental company “Dipos” d.o.o. Belgrade, Mr. Djoko Krivokapic, in the interview for the portal “24sedam”, presented Dipos and talked about the achieved results and international recognitions of certification agencies, accomplished activities in the field of modernization of business processes, improvement of digital communication channels and transparency in business. 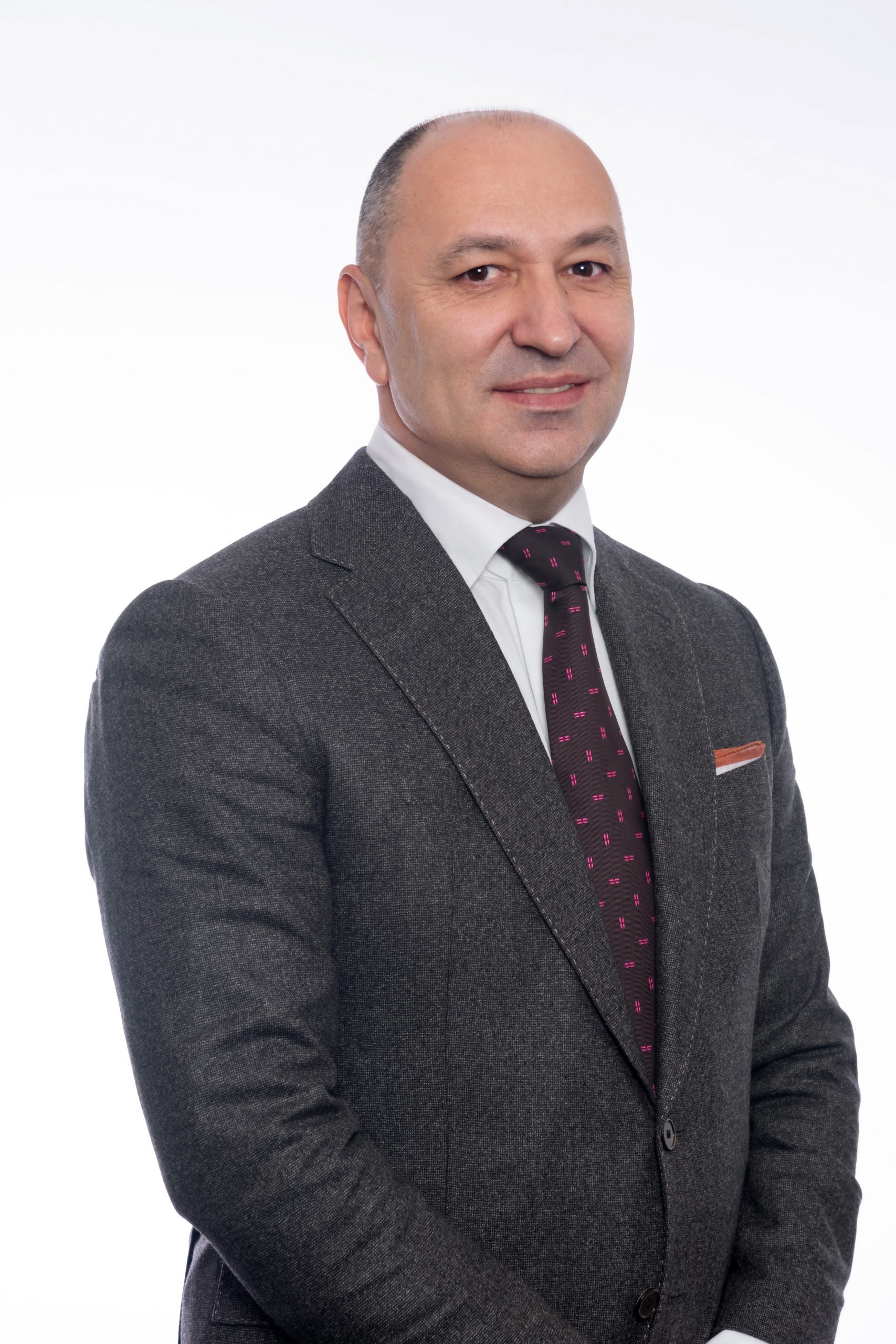 You can read the interview of the Director of Dipos on the portal “24sedam”, while we are transmitting the complete content of the interview through our website.
A state-owned company, under good management, can operate like any good private company, especially if it applies new technologies, claims Djoko Krivokapic, director of “Dipos”

Not all state-owned companies are the same. The fact that the state owns a company does not mean that the company owned by it cannot operate as well as a good strong private company, claim at “Dipos”, a state company that manages, leases and maintains real estate owned by the Republic of Serbia.

– We are an example that not all state-owned companies should be shut down or merged. We have more than 1,100 private real estate agencies competing in the market, and many of them rent out modern facilities, “smart” buildings and simmilar. But diplomatic missions as well as numerous foreign and domestic companies and individuals, continue to opt for our older built facilities and for our services. Technical service, maintenance and other professional services in the long-term lease of our team of about seventy employees are proving to be a comparative advantage – the director of “Dipos” Djoko Krivokapic notes for “24sedam”.

Significant modernization
He supports this with the fact that the largest and most demanding diplomatic client in the world, but also in Serbia is the diplomatic-consular mission of the USA and that they have been cooperating with the Americans for more than 60 years, with the Russians and Mexicans for 50 and 55 years, respectively.

And all these clients, as point out in “Dipos”, have noticed a significant modernization this year, which is not very typical for state-owned companies in Serbia.

– I can freely say that we are certainly one of the most modern companies on the market that are owned by the state. We can stand shoulder to shoulder with any private company in the way it functions, the quality of the work done, but also in keeping up with new technologies. We have almost completely digitalized the way we do business. Everything we do and all communication with clients, from available real estate, through the rental procedure, to requests for repairs and maintenance we do digitally. In addition, we are now releasing the latest segments of the new DMS platform (digital document management system), so that all internal operations and communications are transferred to digital form – Krivokapic announces.

In “Dipos”, they say that they also dealt with earlier objections to the lack of transparency, which is why there was strong pressure from the public and independent state bodies at one time.

– Today, our work is completely open, precisely because of digitalization. So, for example, every real estate on offer goes through an advertisement on our website and everything is visible. Because of all that, we received awards from companies that deal with creditworthiness, for example, we possess three “golden A’s” from the international company “Bisnode” – said Krivokapic.

They do not sell real estate, and the rental price is formed by the market
For years, “Dipos” has been considered by the public as a state-owned company that “sells” or rents out villas and apartments to those who are financially influential or in any way close to the government. Director Krivokapic denies that today there are grounds for any of these “accusations”.

The Government of Serbia gave “Dipos” 354 facilities to manage, of which 142 are villas and houses, 180 apartments (including 60 social apartments with refugees), 21 facilities serve as business premises and 11 garages and garage spaces.

– We do not sell real estate, it is the property of the state of Serbia, we only rent them. When I was posted here, there were about a hundred more real estate, but “Dipos” did not sell them. When such real estate is sold, the Government previously excludes it from our fund, hands it to the Republic Directorate for Property, which, according to the assessment of the value from the Tax Administration, performs the sale at auction. Also, we do not buy real estate, but the Government of Serbia includes them into our fund – Krivokapic explains.

As for renting real estate, the first man of “Diposa” says that the rental price for each real estate is determined by a special commission in the company, formed especially for each facility to be rented, and is formed according to the market prices for similar facilities in those locations.

– Every time a new contract is made, it is assessed and formed for a period of five years. Our prices are formed by the market, ranging from 150 euros per month for social housing, to 15,000 euros, which is how much we charge for the use of the largest facilities. In the last two years, we have raised prices by an average of two to three percent – Krivokapic emphasizes.

No more “apartment to rent with jus an ID card”
As far as disputes are concerned, lately there are no new ones, partly because the leasing procedures in “Dipos” have been changed.

– We have won court disputes in 98% of cases, but while the dispute lasts for five or six years, there is no income. It happened before that the tenant does not pay us for utilities, and such an agreement was concluded that “Dipos” pays the costs of electricity, water and other to the utility companies, and you can’t evict him from the apartment without a court decision and the action of the executor, which can take two years to be accomplished. It also happened that even someone who does not have a job is given the facility for rent, only on the basis of an ID card. That is no longer the case and the conditions under which someone can rent a property from our fund are clear. We have introduced a deposit, the use of an administrative ban on private individuals or bills of exchange for legal entities, and we no longer have these problems now. The collection of our receivables is now 93 percent. That is a perfect result in our branch – Krivokapic explains.

There is no “average price”
It is difficult to reach an objective average price of such a diverse fund, especially since some facilities literally “have no price”. So, for example, there is an agreement with India from the time of the SFRY, that this state does not pay anything for the facilities used by its diplomats. Serbia in India has the same treatment.

Another example is the “Russian School”, a facility in Belgrade that is only formally in the Dipos fund under the agreement with Russia, but the company actually has nothing to do with the facility.

Clients from the category of diplomatic and consular missions rent 52 percent of the real estate fund managed by “Dipos”.

Another reason why the average price would be unrealistic is that “Dipos” cannot even rent out some facilities, although they are in the fund. These are 11 facilities that require restitution and eight that are in a court procedure. Some have been in that status for years, for example the court dispute over the Diplomatic Club building has lasted for seven years, although, Krivokapic points out, the Law on Restitution clearly states that buildings intended for diplomatic and consular missions cannot be returned to their old owners.

Unexpectedly resistant to the Corona virus
Last year, in the period of the outbreak and the first impact of the pandemic, “Dipos” faired much better than expected. According to the recommendations of the Government of Serbia, the financial plan was revised from the beginning of the year, because a drop in the demand for real estate was expected due to the Corona virus, locking down and working from home. At the end of the year, it turned out that the demand did not fall, and that “Dipos” had practically “nothing to work with anymore”.

– Financially, the original plan was exceeded, by as much as thirty percent, as it happened to us for the first time that at the end of the year we did not have any free facilities for rent. The analysis showed us that domestic legal and private entities have increased their demand, which is an indicator of how resilient the Serbian economy is. Even today, it is the same with only three smaller apartments free for rent, out of the total of 354 facilities – Krivokapic points out.

The best diplomatic colony in the world
Next year, “Dipos” celebrates 60 years of existence, which includes the legacy of the Directorate for Management and Construction of Buildings of Foreign Diplomatic and Consular Missions, founded by the City of Belgrade in 1962 (then the Real Estate Rental Company “Dipos ad Belgrade” from 1997), and whose work they continued with the decision of the Government of Serbia on the complete takeover in 2009.

– It is a serious tradition and we are a serious organization, important not only because we rent out real estate to diplomats. It should not be forgotten that we are practically the first contact of foreigners and diplomats with our country in which they will stay for the next five years. We have to show what kind of hosts we are, what we can give them to make life easier for them here – says Krivokapic.

Hospitality and the high level of professionalism are both recognized in the world. Dipos itself, as a company, has had more than a hundred ambassador visits in the last seven years. This year was special in that respect, because in a relatively short period of time, two important visits took place that had never happened before – the Ambassador of the United States and the Ambassador of the Russian Federation.

During the visit, the American ambassador said “that the State Department also knows that Belgrade has one of the best diplomatic colonies in the world.”